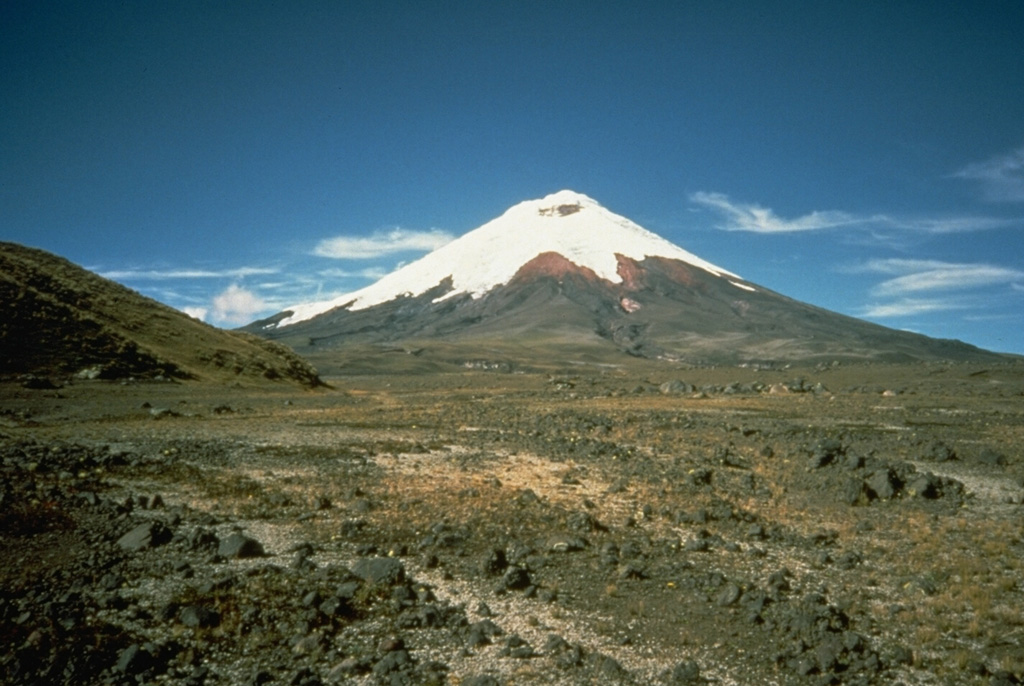 The foreground of this flat valley north of Cotopaxi volcano is the top of the deposit produced by a massive lahar from the volcano in 1877. During this eruption, one of the largest from Cotopaxi during historical time, pyroclastic flows descended all sides of the volcano, creating devastating lahars. The lahar that produced this deposit eventually traveled north down the Guayllabamba River past Quito to reach the Pacific Ocean at Esmeraldas, 225 km NW of Cotopaxi. Mudflows also swept down valleys south and east into the western Amazon basin.