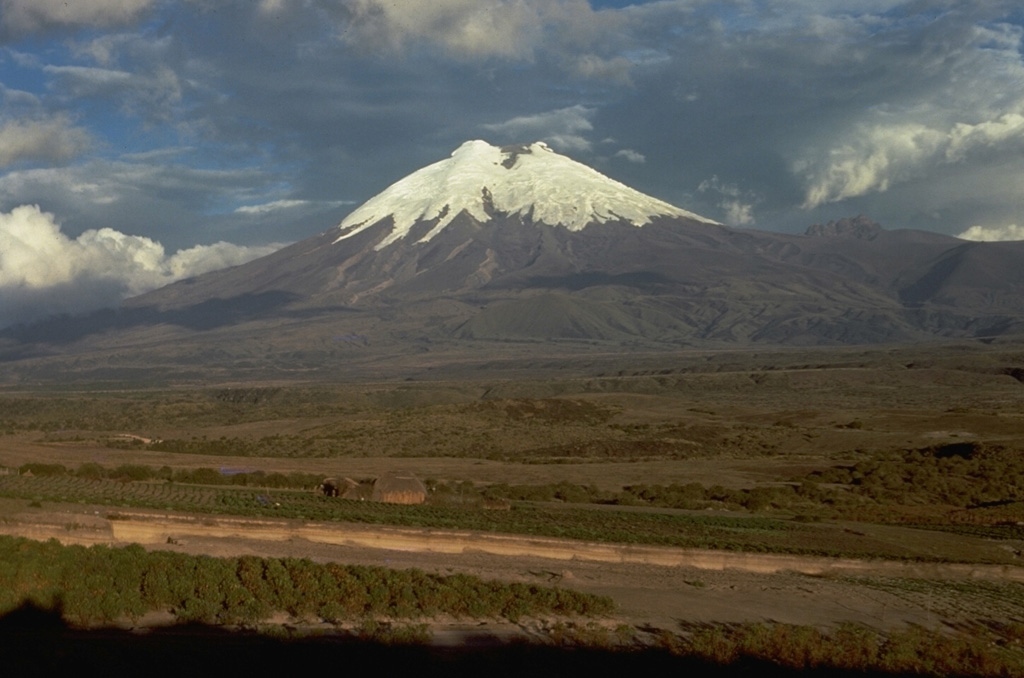 Symmetrical Cotopaxi is one of the most prominent volcanoes that line both sides of the Interandean valley along Ecuador's "Avenue of Volcanoes." Cotopaxi, one of Ecuador's most active volcanoes, has produced more than 50 eruptions since the 16th century. Glaciers cover the upper part of the cone from 4700 m altitude on the west flank, seen here, to the 5911-m-high summit. Devastating lahars in historical time swept this valley before turning south and then east into the Amazon basin. Lahars to the NW reached the Pacific Ocean.