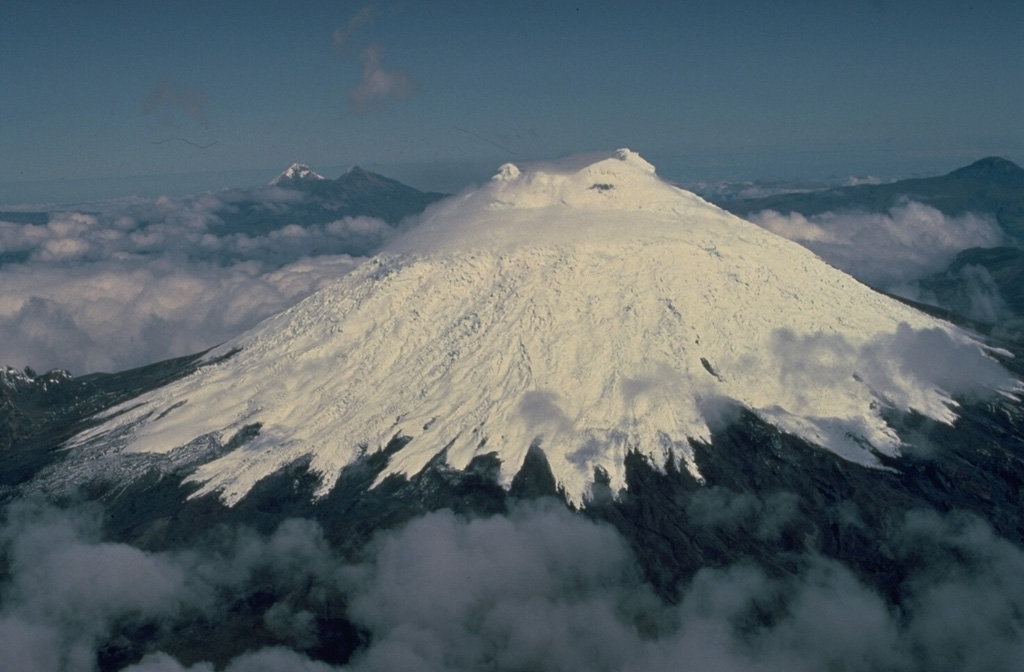 Glacier-clad Cotopaxi volcano is seen here from the SE, with twin-peaked Illiniza volcano in the distance left of the summit. Cotopaxi is one of Ecuador's most active volcanoes and has erupted more than 50 times since its first historical eruption in the 16th century. The upper 1400 m of the volcano is ice covered, which has contributed to the production of lahars that have devastated valleys far beyond the volcano.