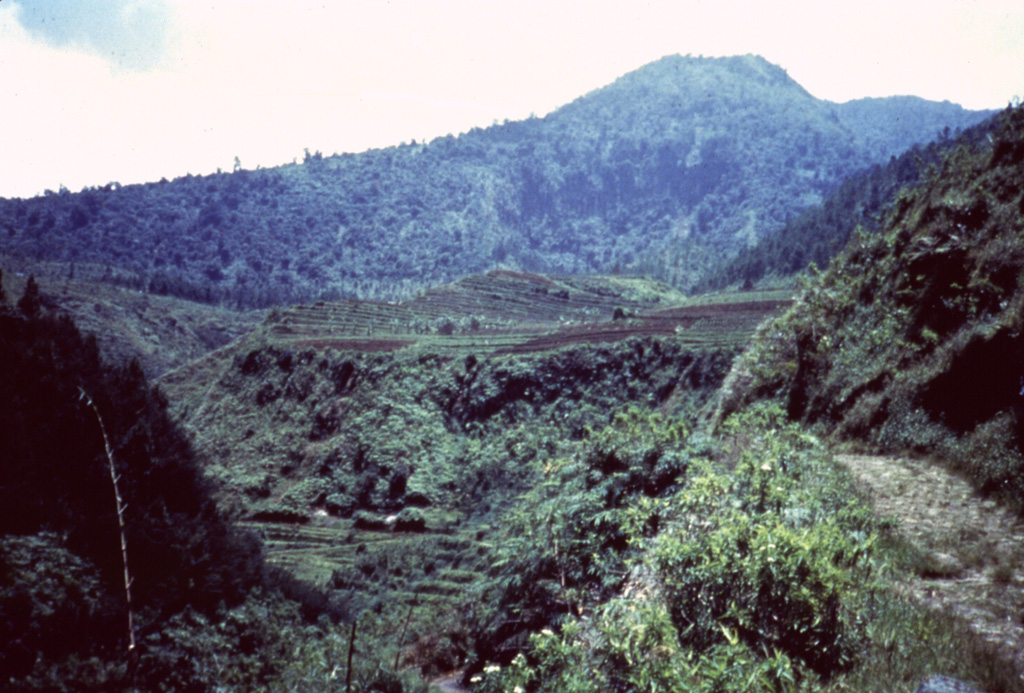 Gunung Ungaran, south of the northern coastal city of Semarang in Java, is at the northern end of a chain of volcanoes extending NNW from Merapi. Early construction took place during the late Pleistocene and Holocene. Ungaran is deeply eroded and has two active fumarole fields on its flanks. 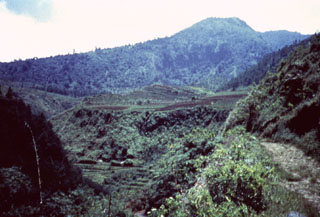