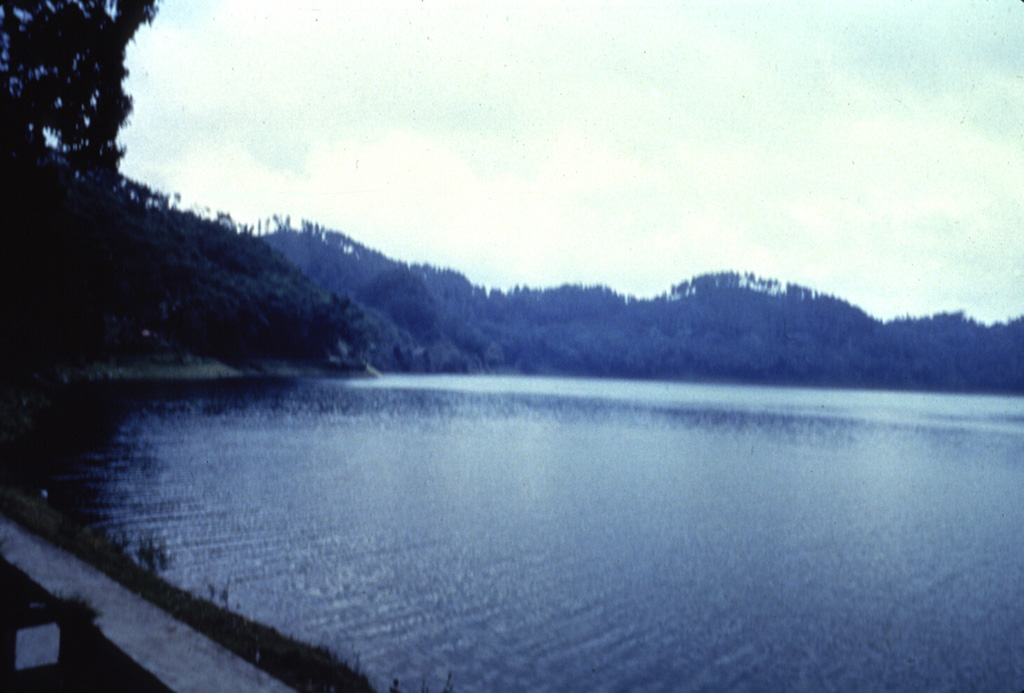 Lake Ngebel is located on the lower western flank of Gunung Wilis and displays fumaroles and mud pots. The lake is viewed here from its SSE shore. Wilis is a volcanic massif surrounded by low-elevation plains on all but its southern side. It was formed during three episodes dating back to the mid Pleistocene and the most recent cone grew during the Holocene. 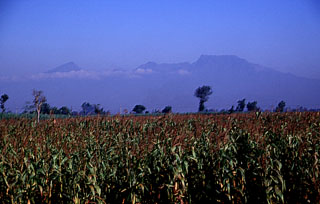