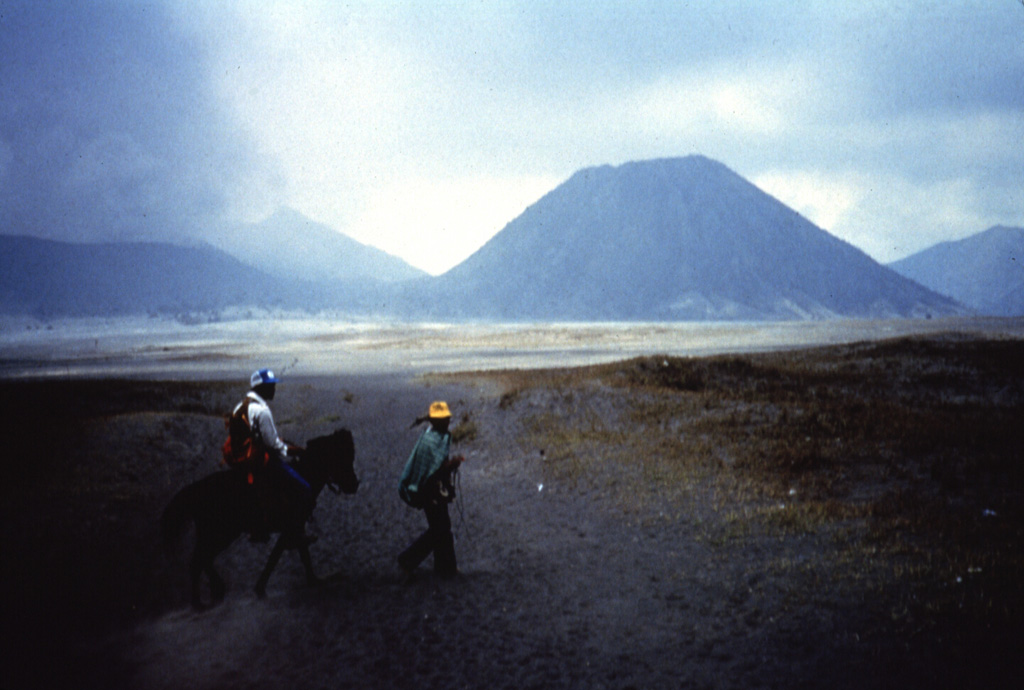 Batok (right), a prominent cone on the floor of Tengger caldera, is one of the youngest of the post-caldera cones. Charcoal from a scoria layer on the eastern flank of Batok was radiocarbon dated at about 360 years old. The only younger cone of Tengger caldera is the historically active Bromo, which is producing a cone to the left.