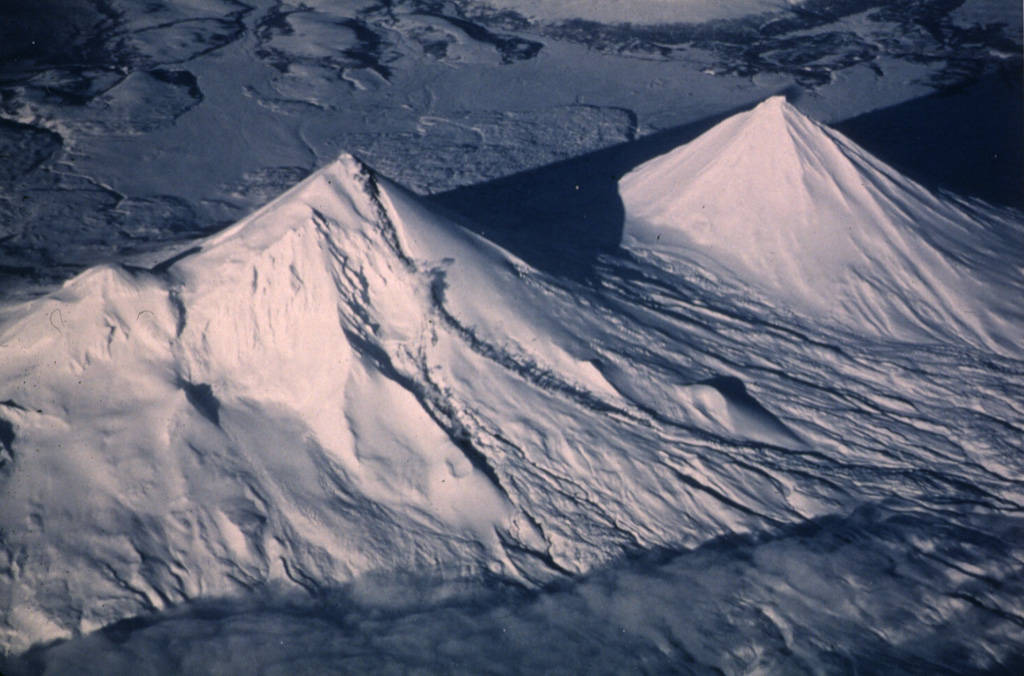 Pavlof (left) and Pavlof Sister (right) are shown in this 20 January 1987 view from the SW. Small steam plumes rise along the length of a lava flow descending a valley on the SE (right) flank of Pavlof. Recent snowfall covers ashfall that was frequently deposited on its slopes. This eruption began with explosive activity on 16 April 1986 and continued until 13 August 1988. Lava flows traveled down the N, NE, SE, ESE, and SSE flanks, the latter reaching to within 600 m of Pavlof Bay.