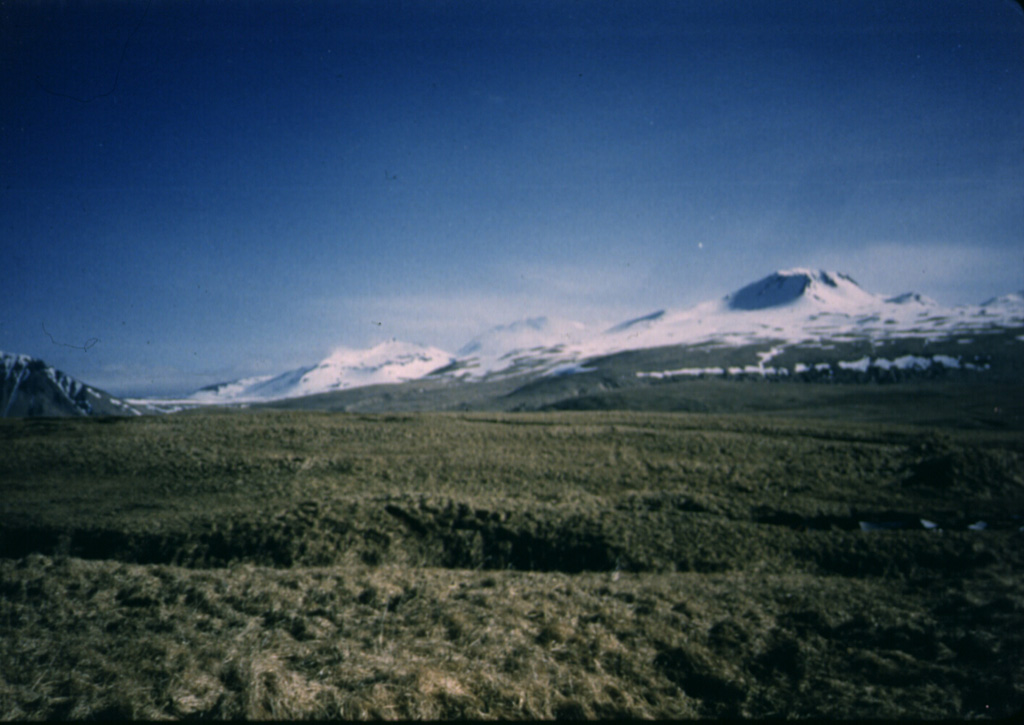 The Atka volcanic complex at the NE tip of Atka Island is one of the largest volcanic centers in the central Aleutians. It contains a caldera and is surrounded by 7 or 8 smaller cones. This view from the south near Atka village shows Korovin, the highest and northernmost of three Holocene cones of the Atka complex.