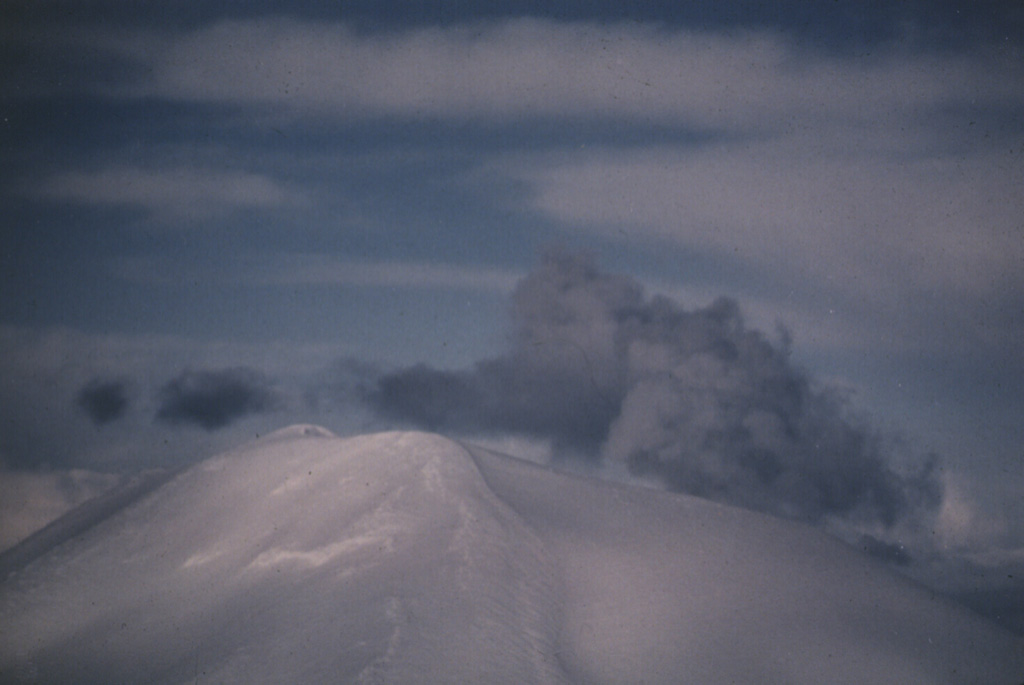 A gas-and-steam plume, possibly containing minor amounts of ash, rises above the summit of Korovin volcano on 4 March 1987. This view of Korovin, north of Atka, was taken from the south. A satellite image on 18 March showed three distinct plumes originating from Korovin and two vents to the south.