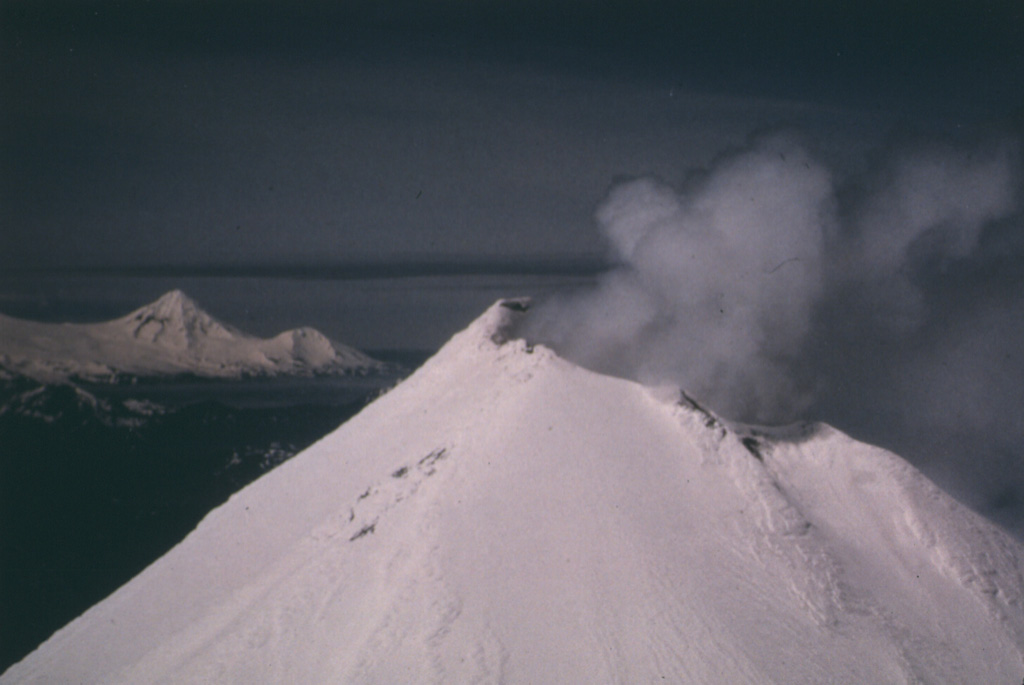 This view of the summit of Shishaldin shows its near- constant crater plume, with its high point on the south rim. Pogromni volcano, part of the Westdahl volcanic complex at the western end of Unimak Island, forms the peak in the distance.