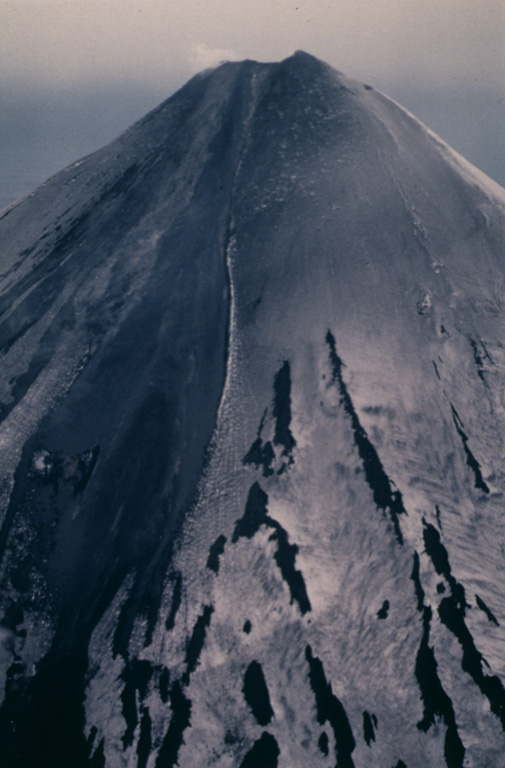 An aerial view of the Cleveland upper east flank taken at about 1100 local time on 24 June 1987 shows an active lava flow. Incandescent lava can be seen at several locations along the flow, which eventually traveled 2.5 km from the summit. The snow-covered flanks are darkened by ash deposition from an eruption that began on 19 June.