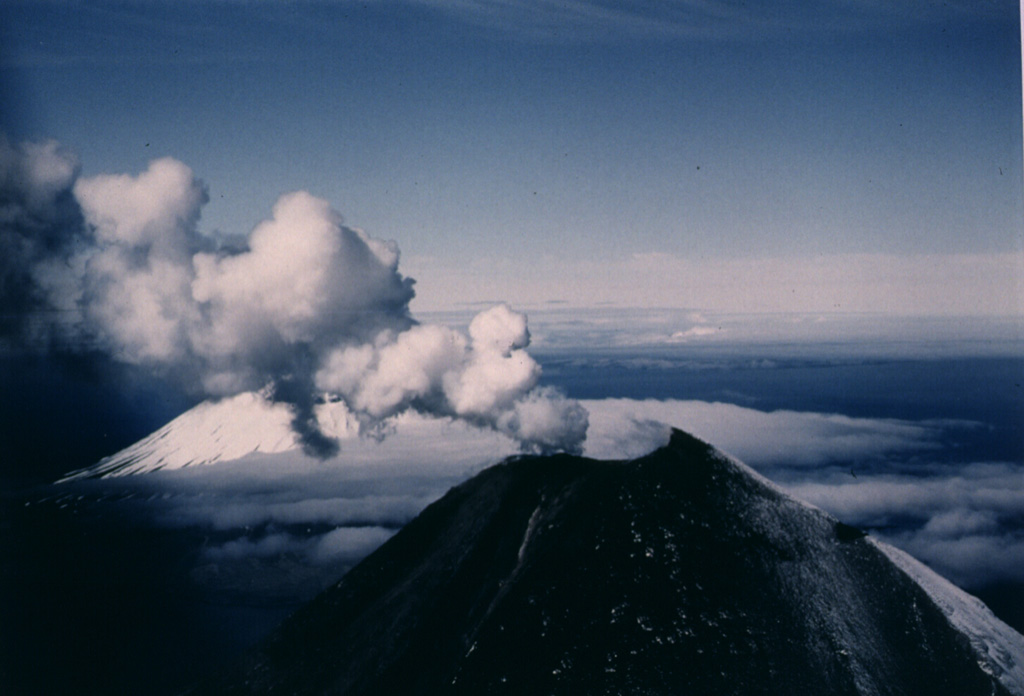 A gas-and-steam plume rises above the summit crater of Cleveland on 23 June 1987. The upper flanks are darkened by ashfall from an eruption that began on 19 June. Lava extrusion began on 23 June and a flow eventually descended 2.5 km down the ESE flank. Lava fountaining was observed on 22 July. A large explosive eruption took place on 28 August, the last day of the eruption. This view from the ENE shows part of Herbert volcano behind the plume to the left.