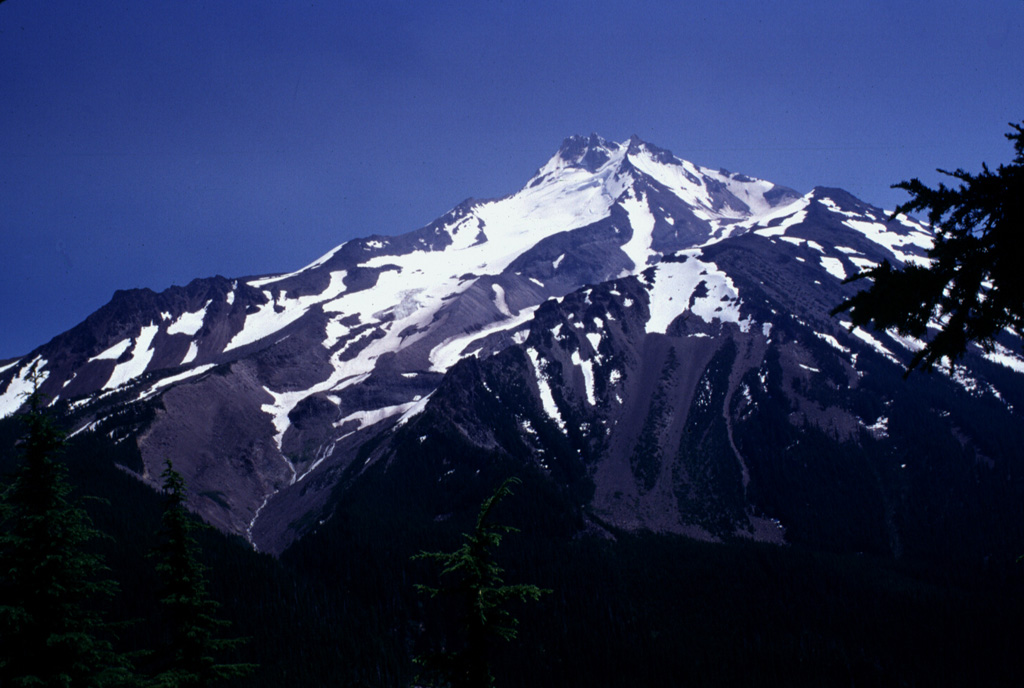 Deep glacial valleys cut the western flanks of Mount Jefferson. The original edifice was extensively eroded by glaciers prior to formation of a younger dacite cone on top of the older edifice. Lava dome growth was associated with the younger volcano and were accompanied by major ash-producing eruptions and pyroclastic flows, before activity ceased activity during the late Pleistocene.