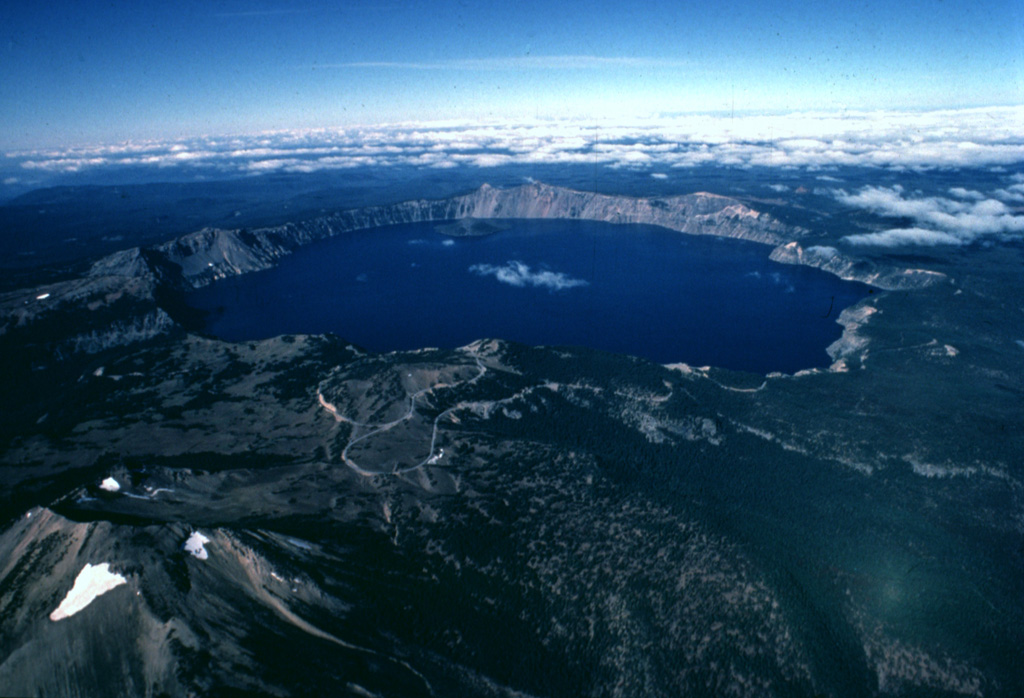 The dramatic 8 x 10 km wide Crater Lake caldera is seen here in an aerial view from the east. The caldera was formed about 6850 years ago during a major eruption that caused the collapse of ancestral Mount Mazama, a complex of overlapping stratovolcanoes and shield volcanoes. Mount Scott, a pre-collapse stratovolcano, is the peak with small snowfields at the lower left. Wizard Island, a post-caldera cinder cone, can be seen near the far side of Crater Lake.