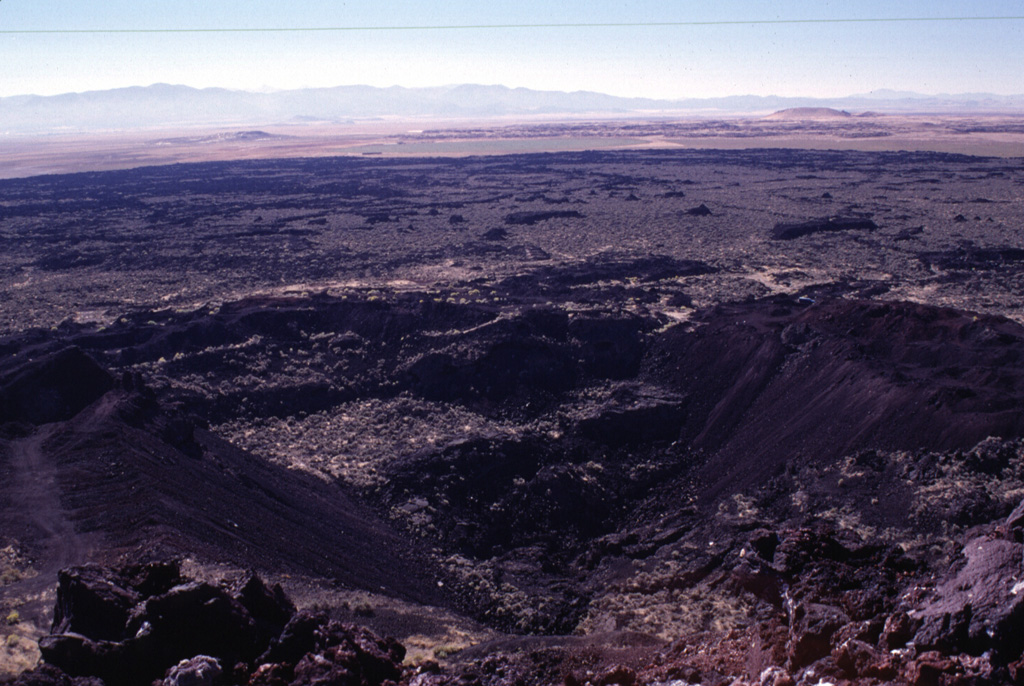 The Terrace, a crater seen here in the foreground from the rim of Mitre Crater, was the source of the voluminous lava flows seen extending toward the SE. The crater derives its name from several terraces, now partly removed by quarrying operations, that were formed by cooled lava lakes. These SE flows from The Terrace are the youngest of a series of eruptions at the Ice Springs volcanic field about 660 years ago. The Ice Springs volcanic field is one of several closely spaced volcanic fields in the Black Rock Desert of south-central Utah. 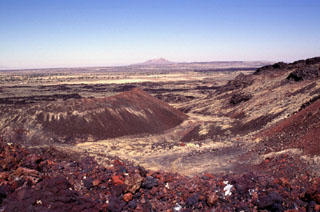