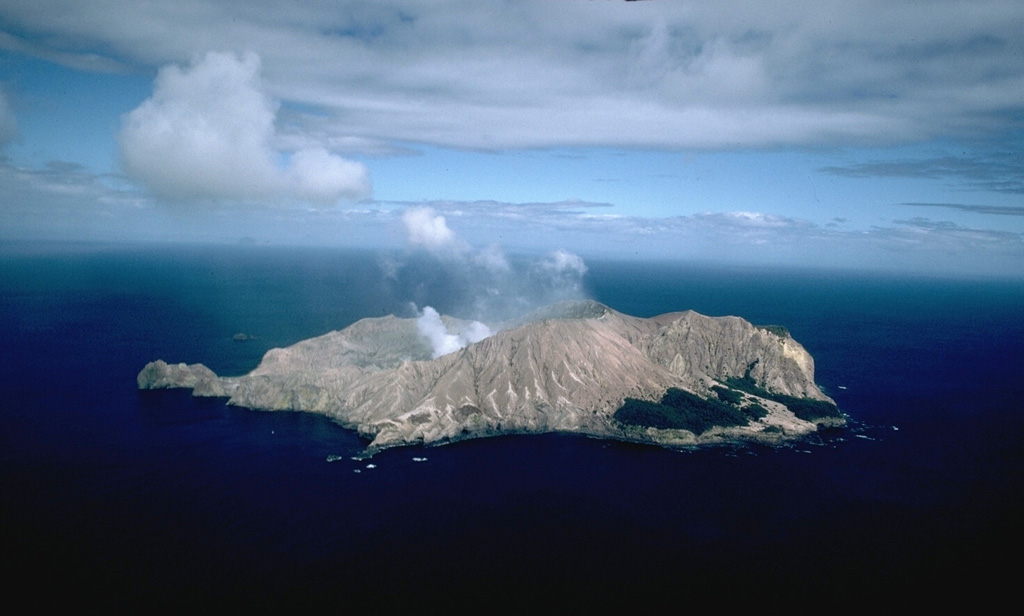 White Island (also called Whakaari), seen here from the NE, is a low (~300-m-high), 2 x 2.4 km wide, uninhabited island off the coast of New Zealand's North Island. This is one of New Zealand's most active volcanoes, with frequent explosive eruptions recorded since 1826 that have deposited tephra over the island, preventing the growth of vegetation in all but a few small areas along the coast.