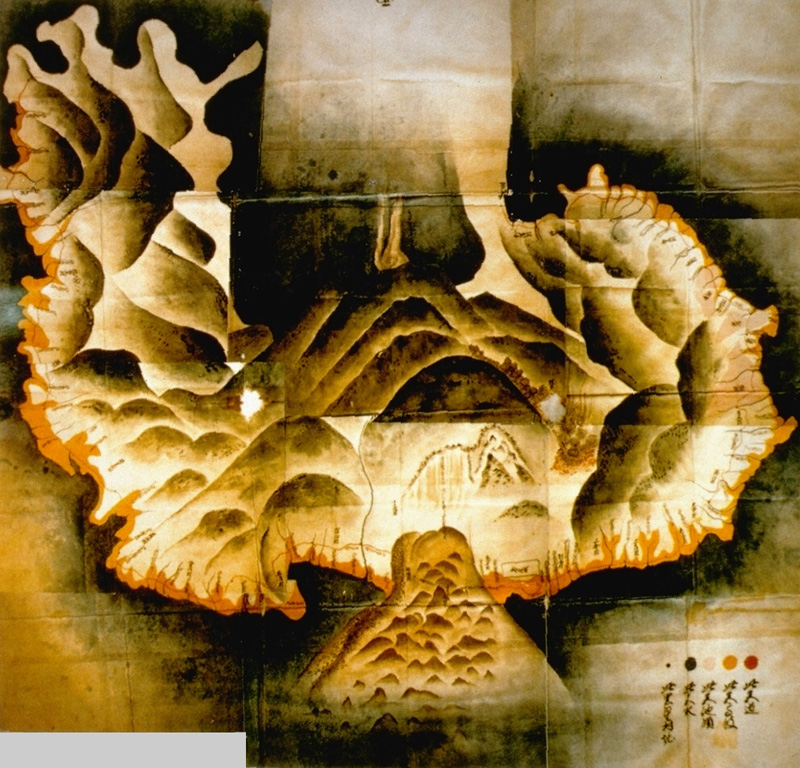 This 18th century watercolor map of Unzen volcano on the Shimabara Peninsula shows the extent of the catastrophic landslide from Mayuyama (lower center) in 1792 that swept into the Ariake Sea at the bottom of the map. The irregular orange-colored area along the coast delineates the extent of runup of the tsunami that was created when the avalanche entered the sea. The tsunami swept a 77-km length of the peninsula and caused nearly 15,000 fatalities here and along the coastlines.