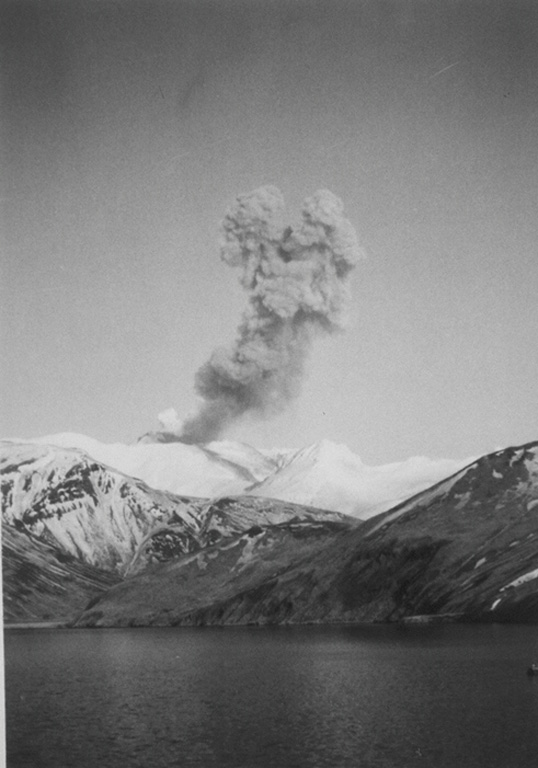 An ash plume rises about 1.5 km above the scoria cone in the Akutan summit caldera on 20 April 1988. This view from Akutan Harbor east of the volcano shows typical explosive activity. Intermittent ash eruptions began on 26 March and continued until 20 July.