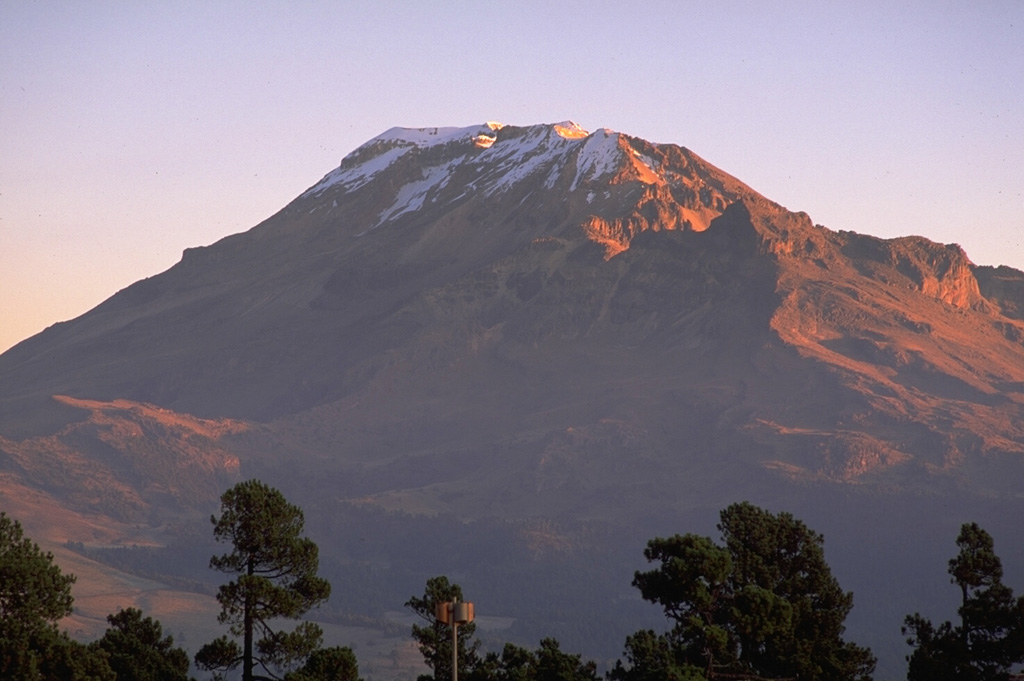 Viewed from east of the Paso de Cortés, south of Iztaccíhuatl, the volcano's summit appears at the far left at the northern end of the elongated summit ridge. The peak in the shadow below the right skyline is Los Pies, the southernmost of the major volcanic vents forming Iztaccíhuatl. A postglacial dacitic vent is located on the lower south flank of the volcano, north of the saddle between Iztaccíhuatl and Popocatépetl.