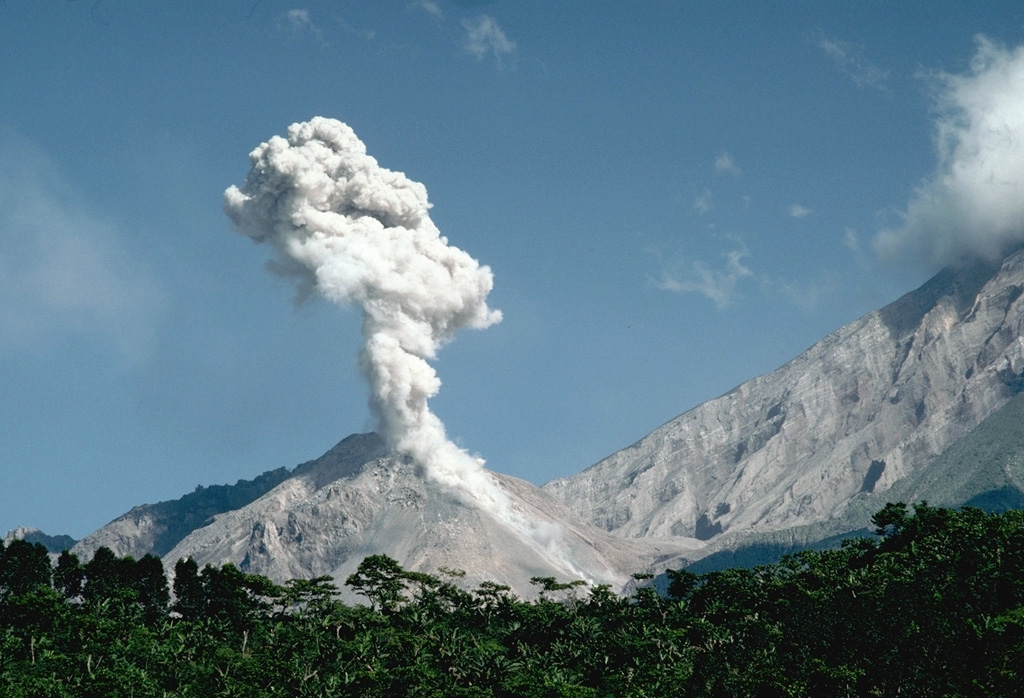 An ash plume rises above Caliente in the Santiaguito lava dome complex in November 1993 as a small pyroclastic flow descends its eastern flank. The headwall of the 1902 crater on the Santa María SW flank is to the right. The lava dome complex began growing in 1922 from the Caliente vent at the base of the 1902 explosion crater. Caliente has been frequently active since the early 1970s.