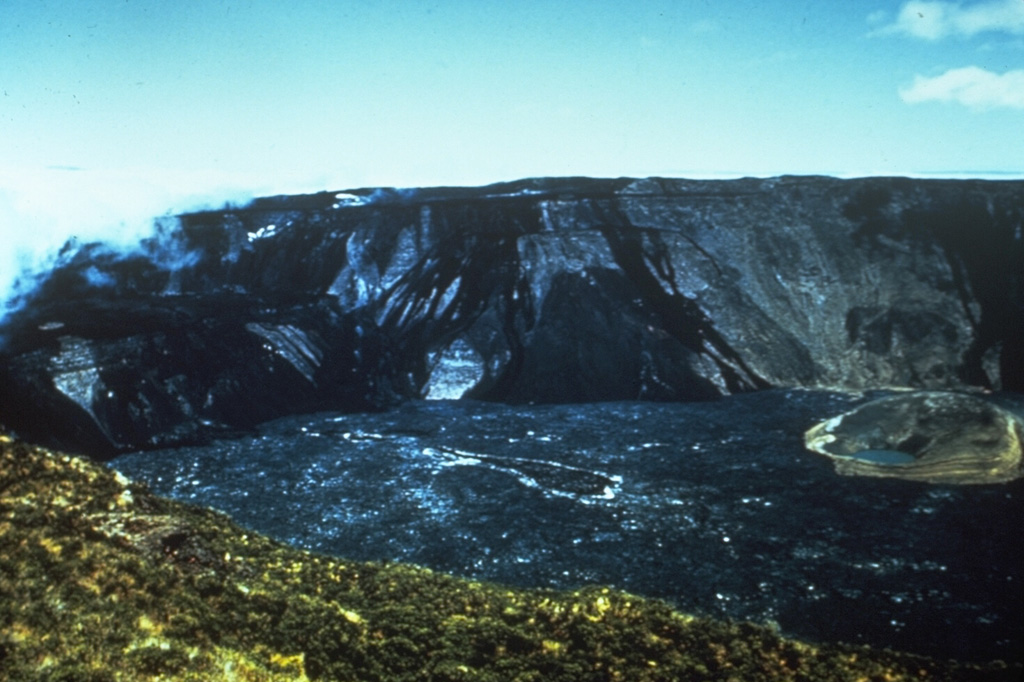 A 1966 photo from the NE caldera rim shows the effects of an eruption in 1958. A major effusive eruption from vents on the SE, SW, and west caldera rims produced lava flows that descended the SE and SW flanks and also flowed into the caldera, completely covering the caldera floor. One report suggested that the eruption was underway during a September-October 1958 visit; the eruption was in waning stages on a December 30, 1958 visit. At this time, prior to additional collapse in 1968, the caldera was 800 m deep.