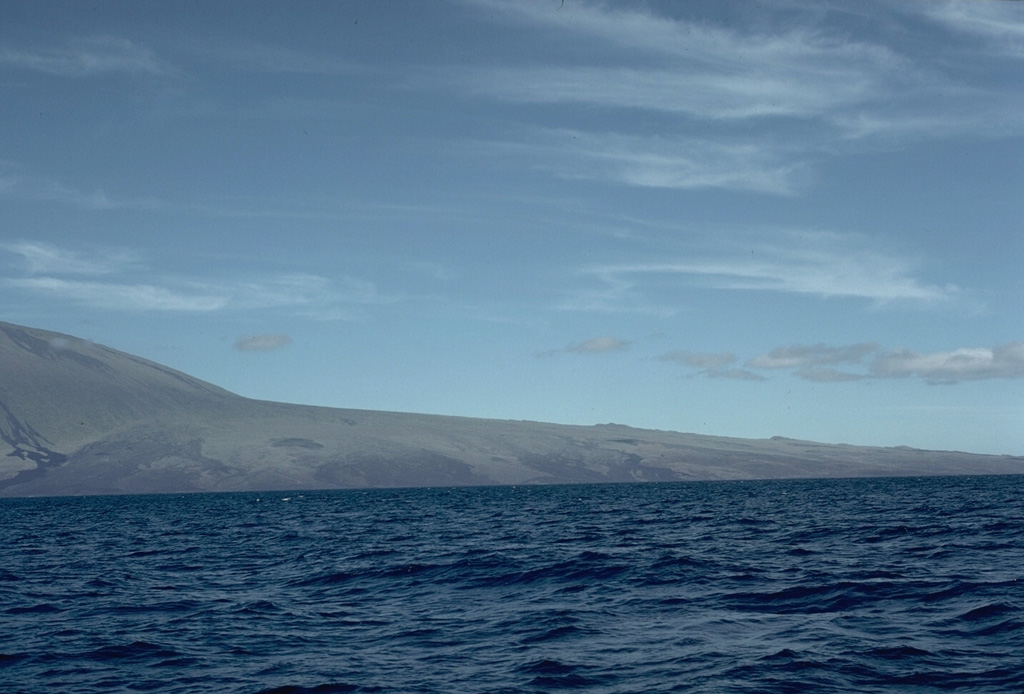 A radial fissure on the NE flank of Volcán Wolf has produced extensive lava flows that in part lap onto the flanks of the main shield volcano. A sharp break in slope separates the low-angle flank rift zone, whose smooth profile is interrupted by a few small cinder cones, from the upper shield volcano, which has some of the steepest slopes of Galápagos shield volcanoes. A fresh unvegetated lava flow from the main shield at the extreme left was deflected to the south by the lava produced from the NE rift.