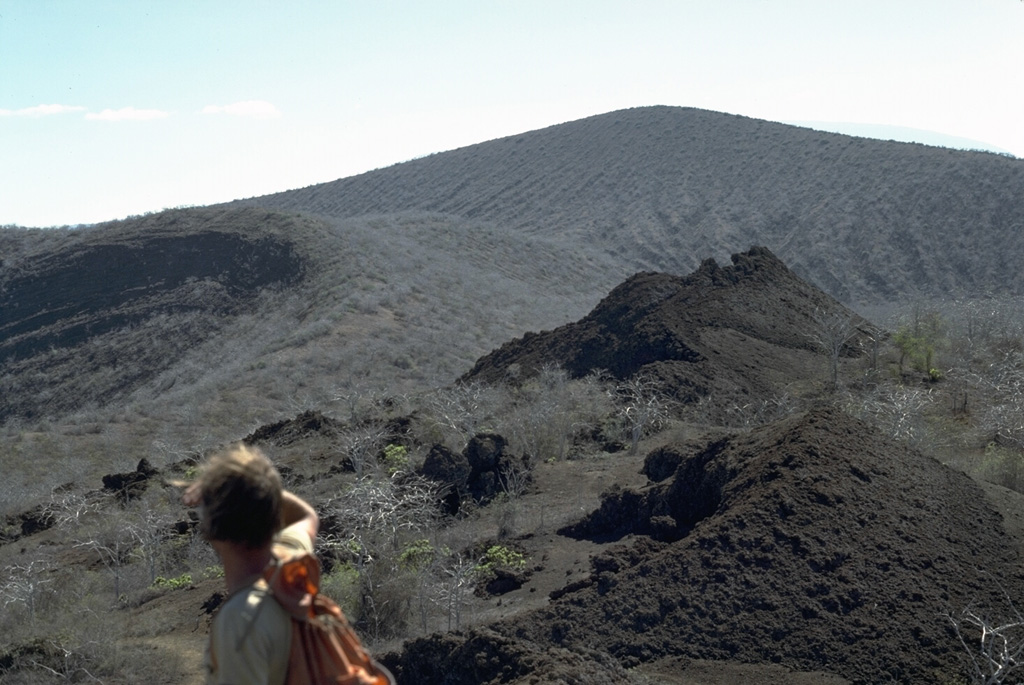 The spatter cones at the right are part of a chain of conelets built of scoria and lava agglutinate erupted from a SW-flank radial fissure from Darwin volcano that cuts across the rim of Tagus tuff cone. Tagus tuff cone contains at least four nested craters. The rims of three of these craters are seen in the backgound. Phreatomagmatic eruptions, resulting from the interaction of magma with seawater, produced the tuff cones. 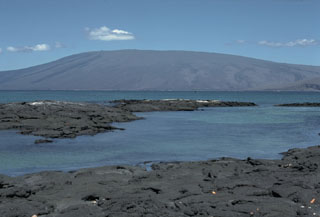