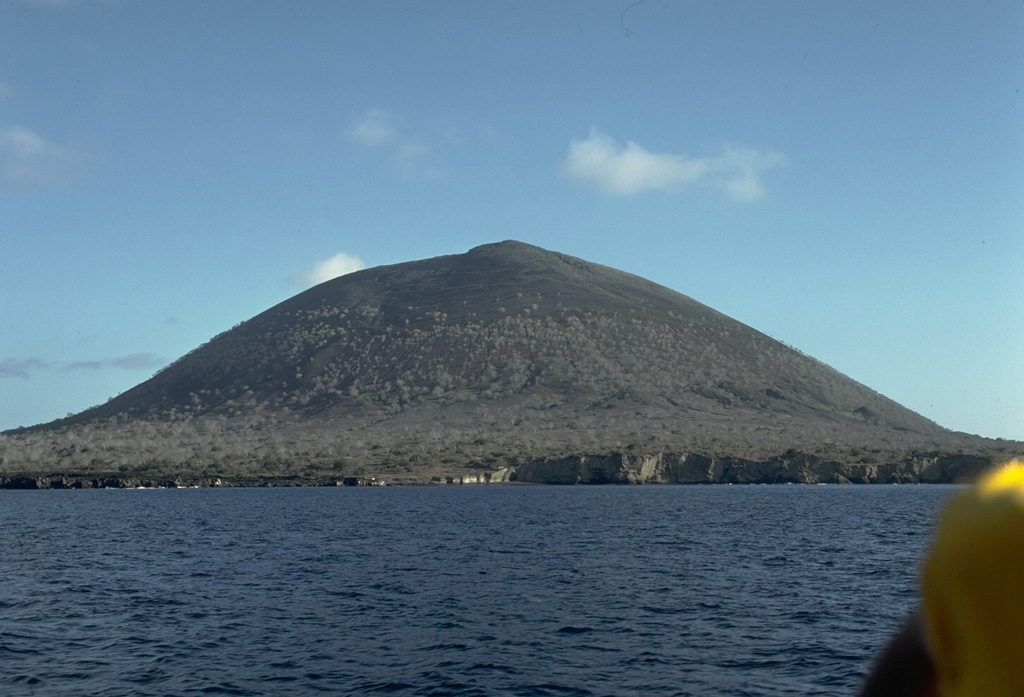 An unnamed 394-m-high cinder cone is a prominent landmark near James Bay at the western end of Santiago Island. The eruptions that constructed the cone were initially submarine, producing palagonitic tuffs. As the cone grew above sea level, subaerial explosions produced basaltic scoria that forms the upper part of the cone. A similar, but smaller cone lies immediately to the SE, out of view to the right. 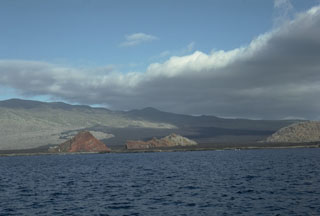