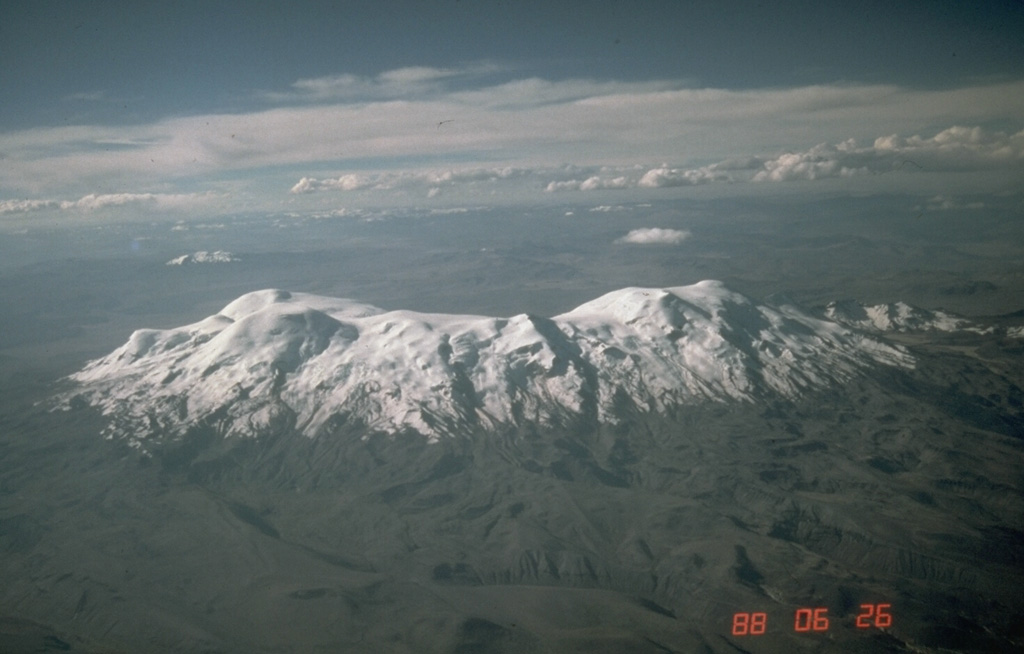 Nevado Coropuna, Perú's highest and largest volcano, is a massive ice-covered volcanic complex with at least a half dozen summit cones scattered over a 12 x 20 km area. The 6377-m-high summit (left), seen here from the south, is located at the NW end of the complex. Deep, steep-walled canyons surrounding the volcano give it an impressive topographic relief of more than 4000 m over a horizontal distance of 15 km. Several young Holocene lava flows descend the NE, SE, and western flanks. 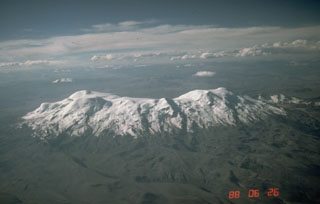