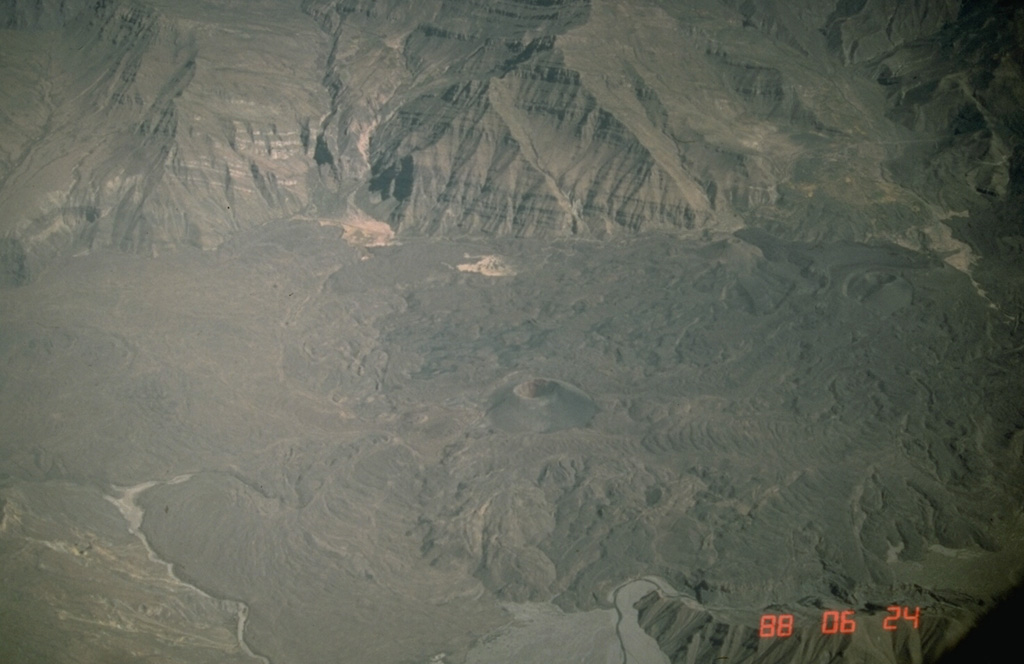 The cinder cones at the center and upper right, surrounded by a prominent field of lava flows, are located in the Andahua valley, known locally as the "Valley of the Volcanoes." The large 60 x 60 km scoria cone and lava field contains extremely youthful lava flows, some of which may be only a few hundred years old. The volcanic field was reported to have been active during the time of the Incas. Lava flows have repeatedly dammed the Río Andagua valley, and an existing small lake was impounded by the youngest lavas. 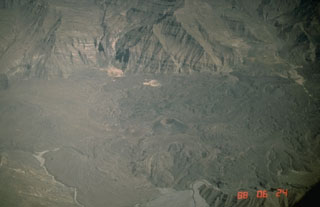