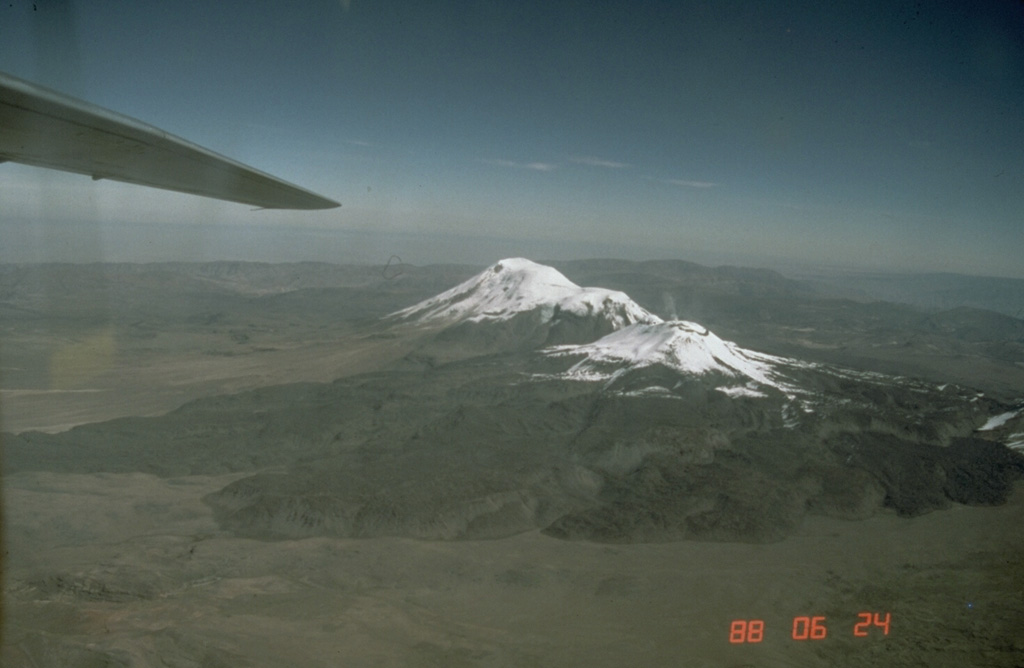 A dark-colored 15-km-wide apron of trachytic and dacitic lava flows surrounds 5967-m-high Sabancaya volcano. The prominent lava flow at the left extends more than 10 km down the SSE flank. Ampato volcano in the background forms the 6288-m high point of the Sabancaya volcanic complex. Amapato and Hualca Hualca volcano (out of view to the right) have also erupted during the Holocene, but only Sabancaya has erupted in historical time.