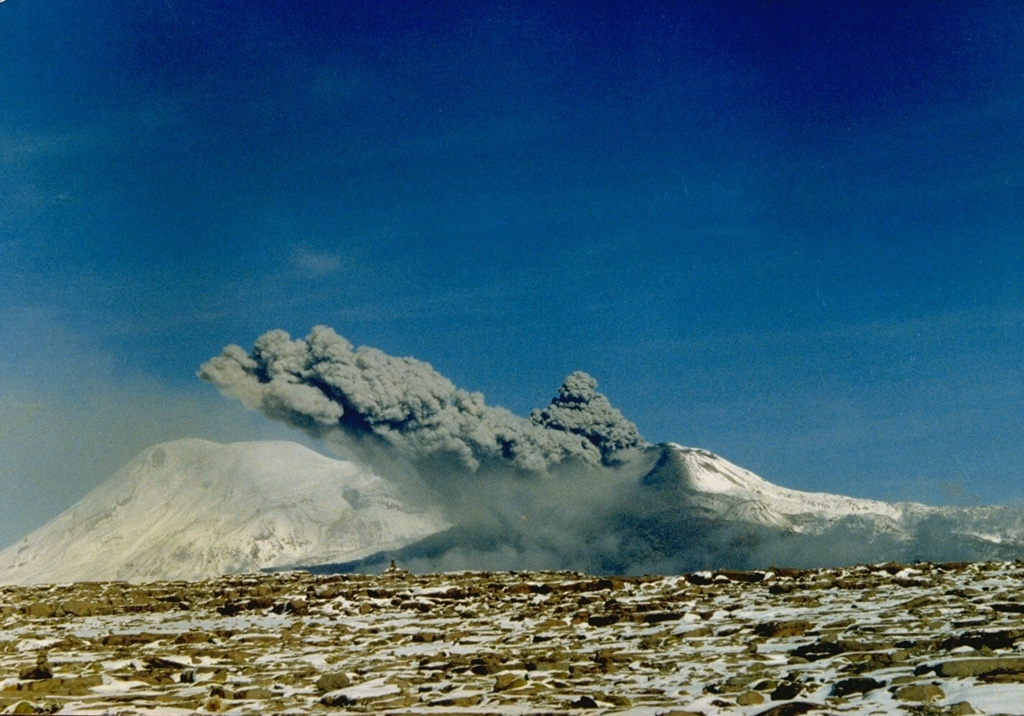 An explosive eruption from Sabancaya volcano is viewed from the east on June 9, 1990. Explosive activity, which had begun on May 28, 1990, was continuing in 1995. Sabancaya volcano was constructed on the saddle between Ampato (left) and Hualca Hualca volcanoes. Ashfall from Sabancaya in 1991, which accumulated on Hualca Hualca, caused increased melting of glaciers that produced mudflows down the Majes river drainage north of the volcano.