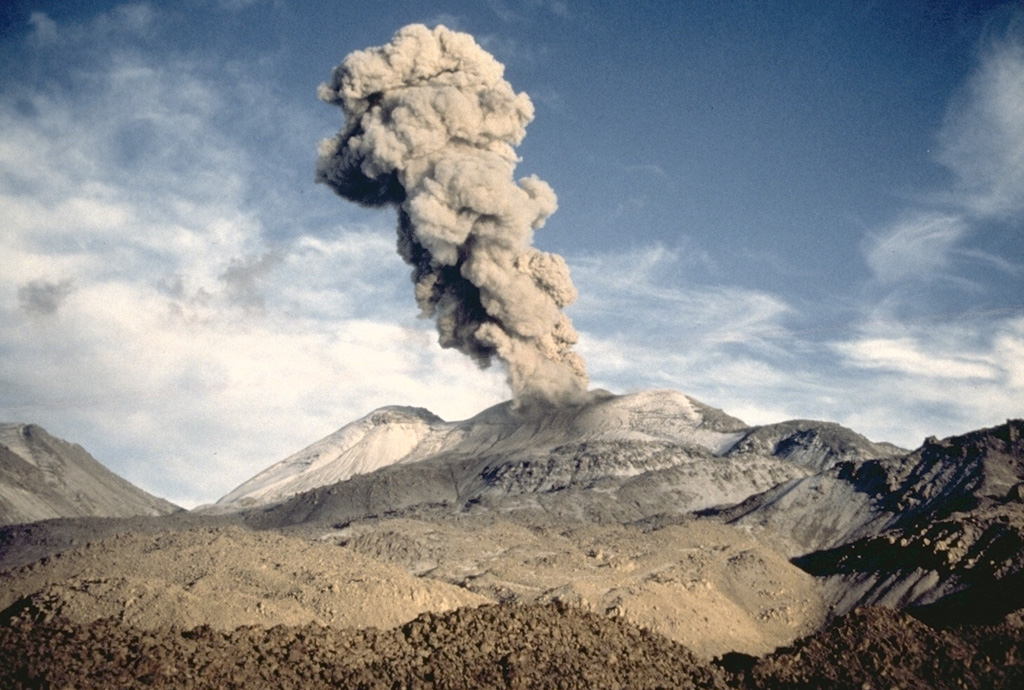 A Vulcanian ash plume, viewed from the SE, rises above Sabancaya volcano in northern Perú on 15 April 1991. Strong explosions were observed at intervals of 20-30 minutes during a visit to the volcano on 13-19 April. The explosions lasted about a minute and produced 3-4 km high ash plumes.