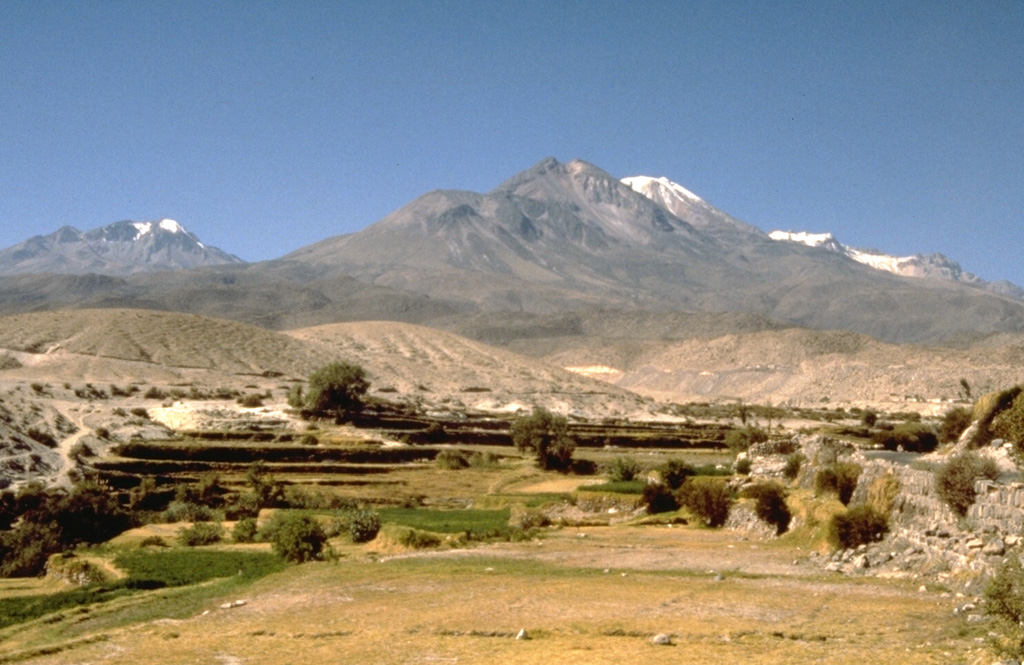 The Nevado de Chachani volcanic complex, seen here from the SW near the village of Yura, consists of a 360 sq km group of Pleistocene lava domes, a stratovolcano, and a shield volcano. The central, 6057-m-high Nevado Chachani complex contains multiple vents along an arcuate line, including a well-defined summit crater at the western end. Cerro La Horqueta (left horizon) may represent the latest activity from Nevado Chachani, after which activity migrated to the 8-km-wide Holocene lava shield of Pampa de Palacio on the south side. 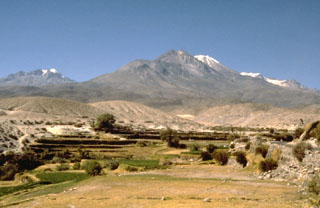