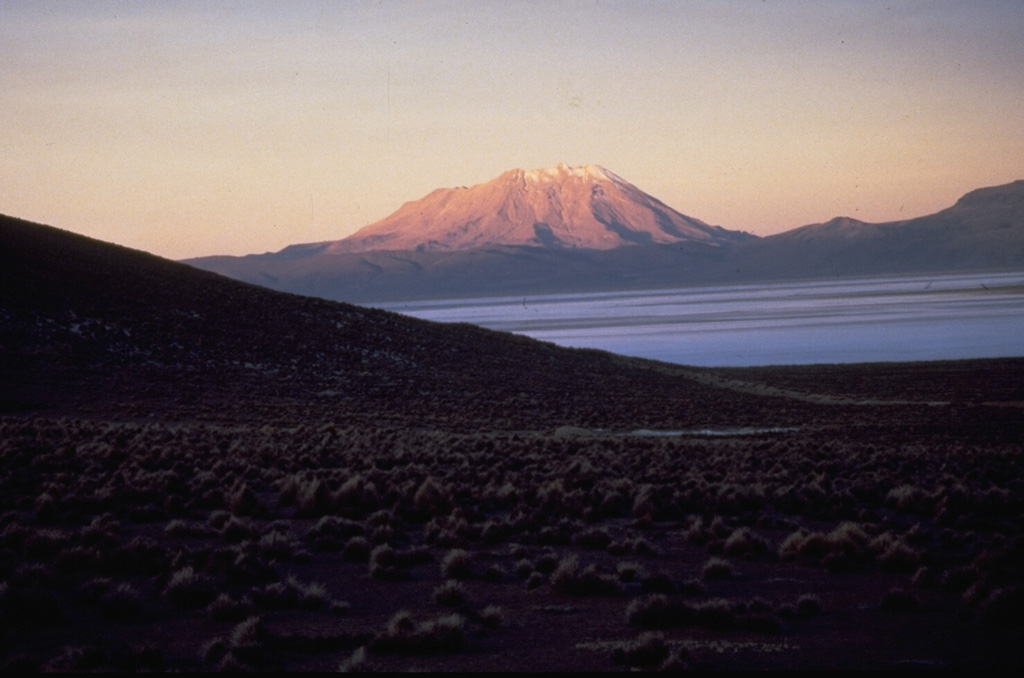 Volcán Ubinas, seen here from the west, is Perú's most active volcano. A small, 1.2-km-wide caldera that cuts the top of Ubinas gives it a truncated appearance. The upper slopes of the stratovolcano steepen to nearly 45 degrees. The steep-walled, 150-m-deep caldera contains an ash cone with a 500-m-wide funnel-shaped vent that is 200-m deep. Holocene lava flows are visible on the volcano's flanks, but historical activity, documented since the 16th century, has consisted of intermittent minor explosive eruptions.