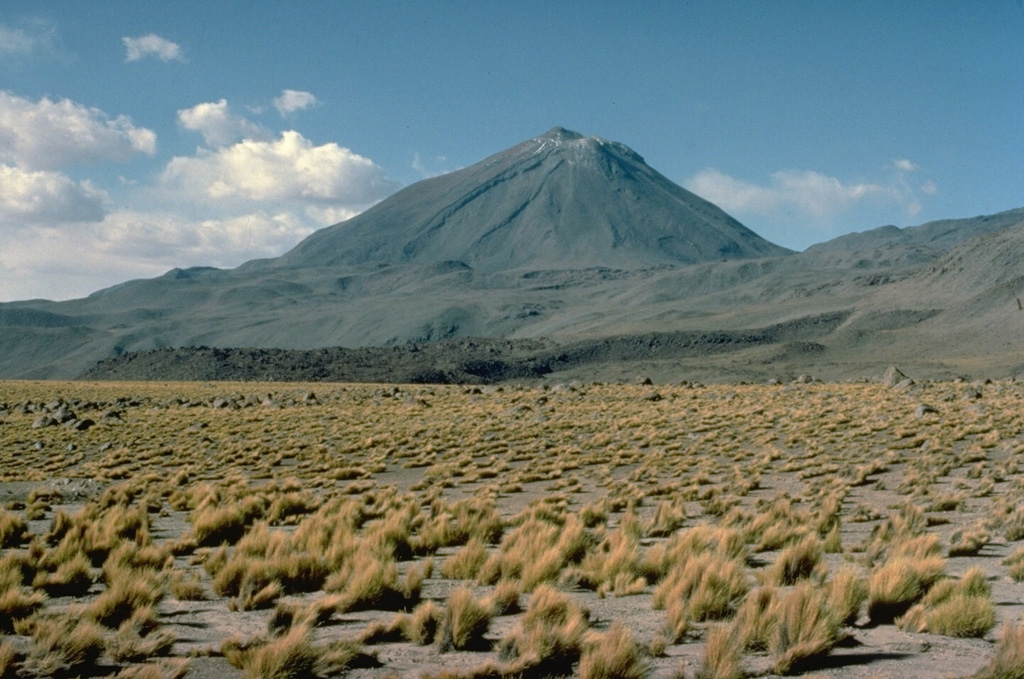 The symmetrical, 5916-m-high Volcán Licancabur stratovolcano contains one of the world's highest lakes in its 400-m-wide summit crater. Archaeological ruins are located on the crater rim. Young lava flows with prominent levees extend up to 6 km down the NW-to-SW flanks. Most of the morphologically youthful volcano was constructed during the Holocene. The pre-Holocene Juriques volcano is located immediately to the SE and is capped by a 1.5-km-wide summit crater. 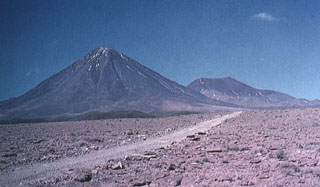