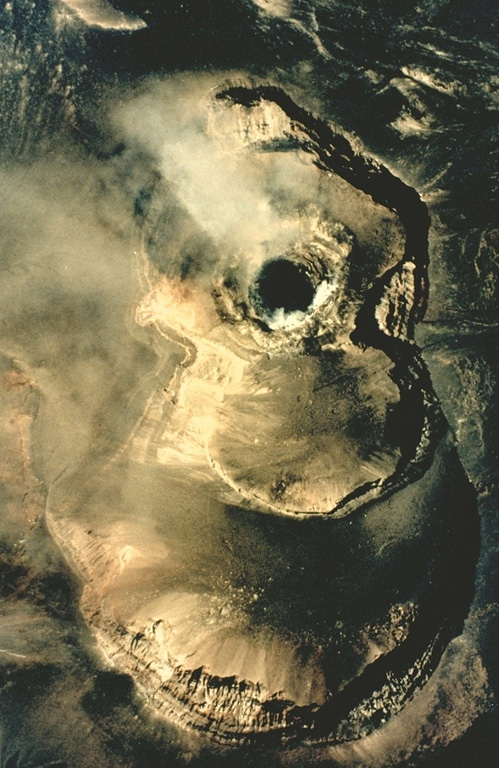 A vertical aerial photograph shows a growing lava dome in the summit of Láscar volcano on March 20, 1992. Three of six summit craters located along an E-W trend are seen in this photo, with north to the top. The lava dome (the dark steaming mass at left center) was first seen on March 4, but may have formed earlier following phreatic explosive eruptions in October 1991. Eruption plumes were visible beginning in late March. Ashfall occurred on May 15 and night glow visible May 21-23 marked the last reported activity of the 1991-92 eruption.