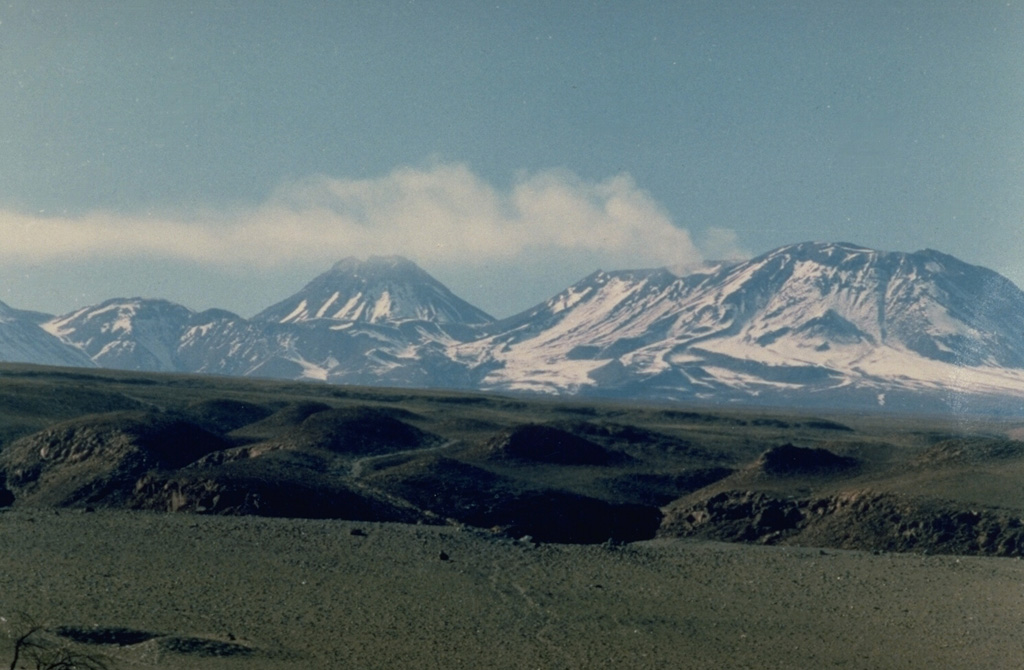 Volcán Láscar (right) is the most active volcano of the northern Chilean Andes. A steam plume rises in 1986 from one of six overlapping summit craters capping the andesitic-to-dacitic stratovolcano, which is seen here from Toconao to the NW. Volcán Aguas Calientes (left center), an older, higher stratovolcano 5 km to the east, displays a well-developed summit crater and a probable Holocene lava flow near its summit. Frequent explosive eruptions have been recorded from Láscar since the mid-19th century.