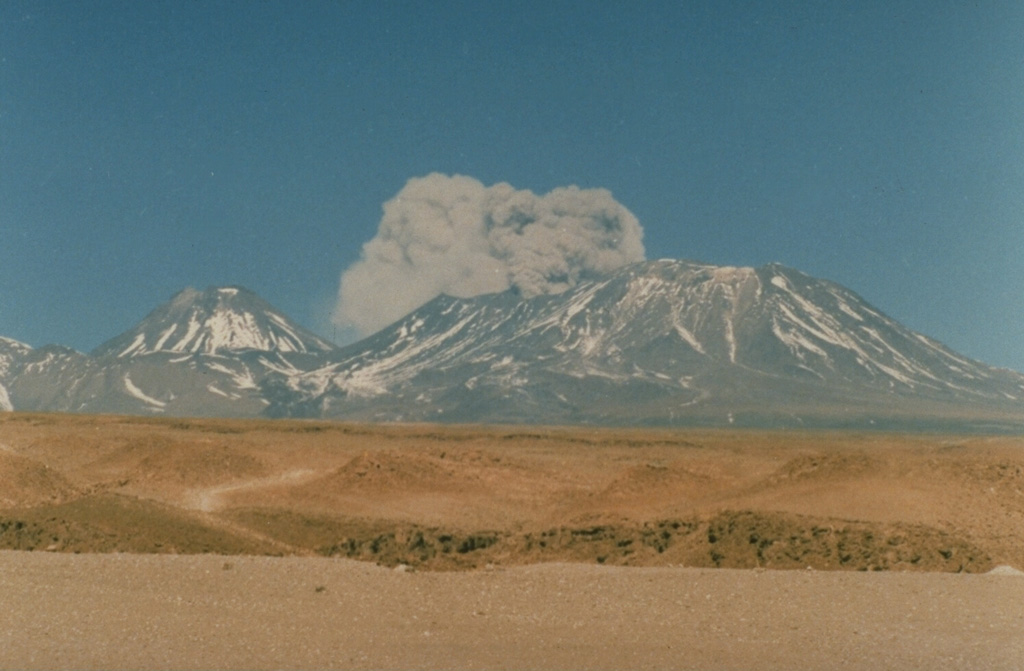 The onset of a brief explosive eruption from Láscar volcano is seen here at about 1430 hrs on September 14, 1986, from Toconao, 33 km NW. The September 14 eruption produced ash clouds that rose a few hundred m above the vent for about a half hour. Similar activity on the 15th was followed by a brief, but powerful explosion on the 16th that deposited ash in Salta, Argentina, 350 km to the SE. Conical Volcán Aguas Calientes rises to the left of the plume.