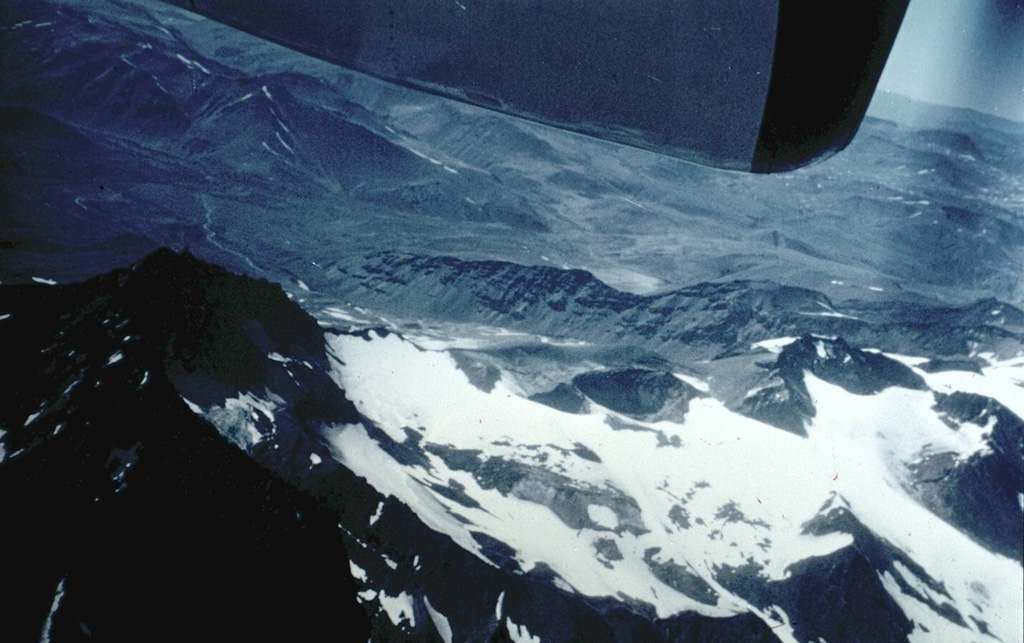 Planchón-Peteroa is a complex volcano with several overlapping calderas. Activity began during the Pleistocene with construction of Volcán Azufre, followed by formation of Volcán Planchón, 6 km to the north. The youngest volcano, Volcán Peteroa, consisting of scattered vents between Azufre and Planchón, has been active into historical time and contains a small steaming crater lake. Historical eruptions have been dominantly explosive, although lava flows were erupted in 1837 and 1937.