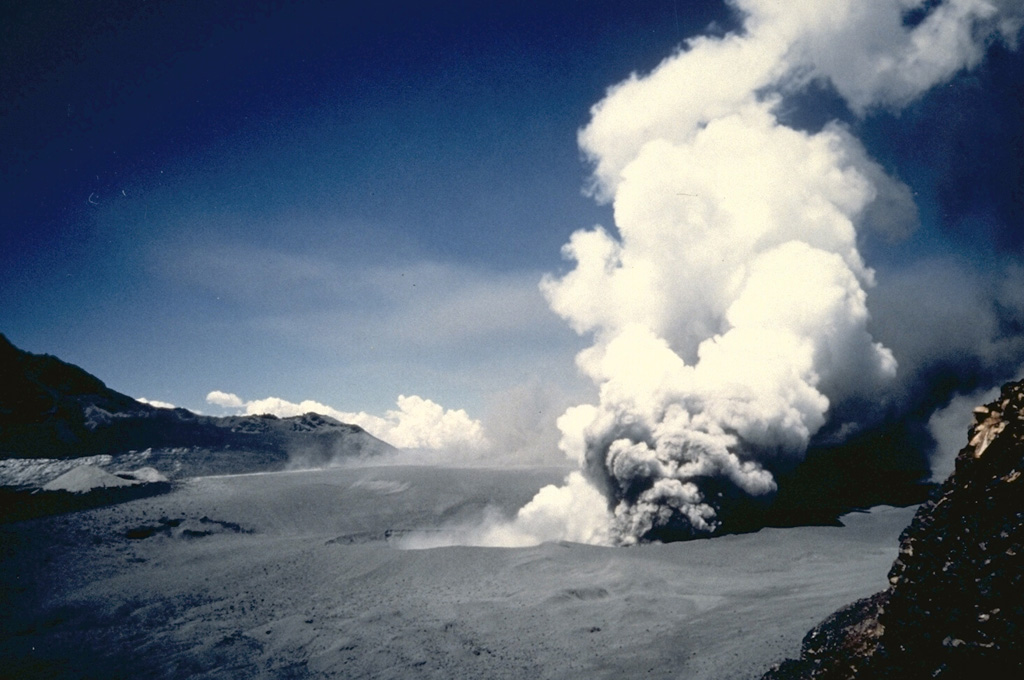 óAn explosive eruption lasting three weeks began on February 9, 1991 from a 200-m-wide crater between Planchon and Peteroa. This photo shows an ash plume rising from the crater on February 11. Ashfall occurred as far as 70 km from the crater. Fish in the Claro and Teno rivers were killed and water supplies were contaminated by tephra and water ejected from the crater lake.