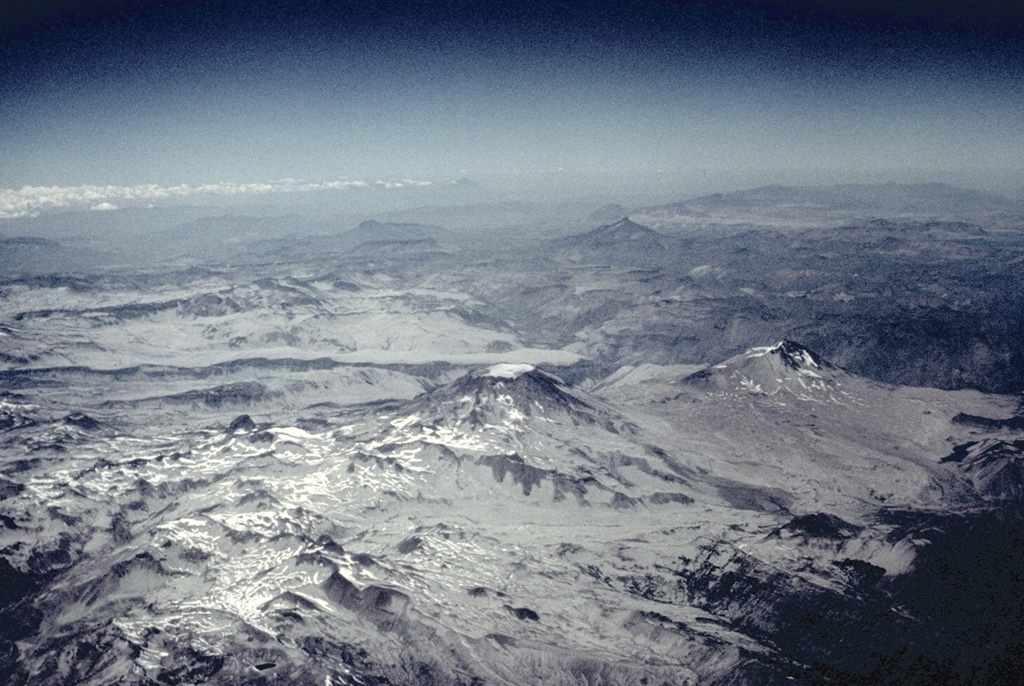 Descabezado Grande (center) and Cerro Azul (middle right), seen here from the NW, are the most prominent features of a large volcanic field. The most active of the two large stratovolcanoes is 3810-m-high Cerro Azul. Quizapú, a vent that formed in 1846 on the northern flank of Cerro Azul, was the source of one of the world's largest explosive eruptions of the 20th century in April 1932. The eruption created a 600-700 m wide crater and ejected 9.5 cu km of dacitic tephra. The only historical eruption of Descabezado Grande took place later in 1932. 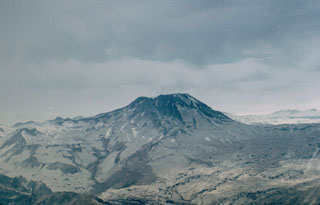 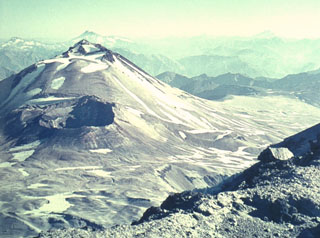