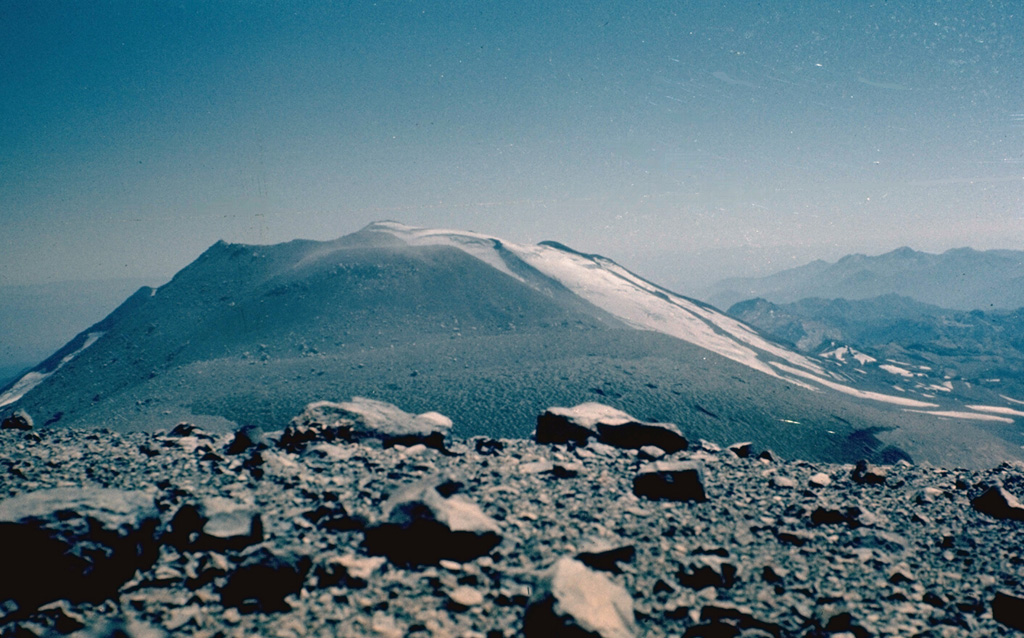 Volcán Nuevo, the newest cone of the three-peaked Nevados de Chillán volcano, was formed beginning in 1861. It grew between Cerro Blanco and Volcán Viejo, which anchor the NW and SE ends of the complex, respectively. Volcán Nuevo has been the most active volcano of the complex since its birth. In 1973, the year of this photo, a long-term eruption began on the SE flank of Volcán Nuevo, producing a cone that by 1987 had grown above Volcán Nuevo. Nevados de Chillán is one of the most active volcanoes of the Central Andes of Chile.