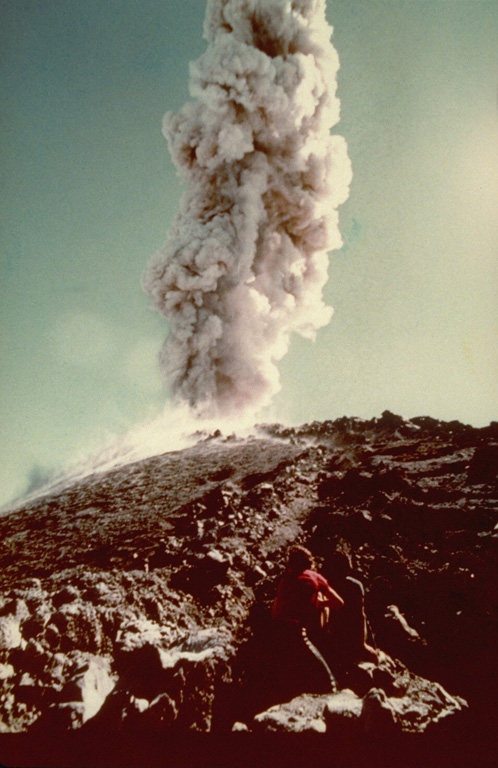 Long-term phreatomagmatic eruptions accompanying formation of a new lava dome on the SE flank of Volcán Nuevo began in 1973. This photo shows a small explosive eruption on February 21, 1979. Activity died down in 1983, when intermittent explosions (about one every two months) began. This continued into 1987, by which time the new cone was about 30 m taller than Volcán Nuevo.