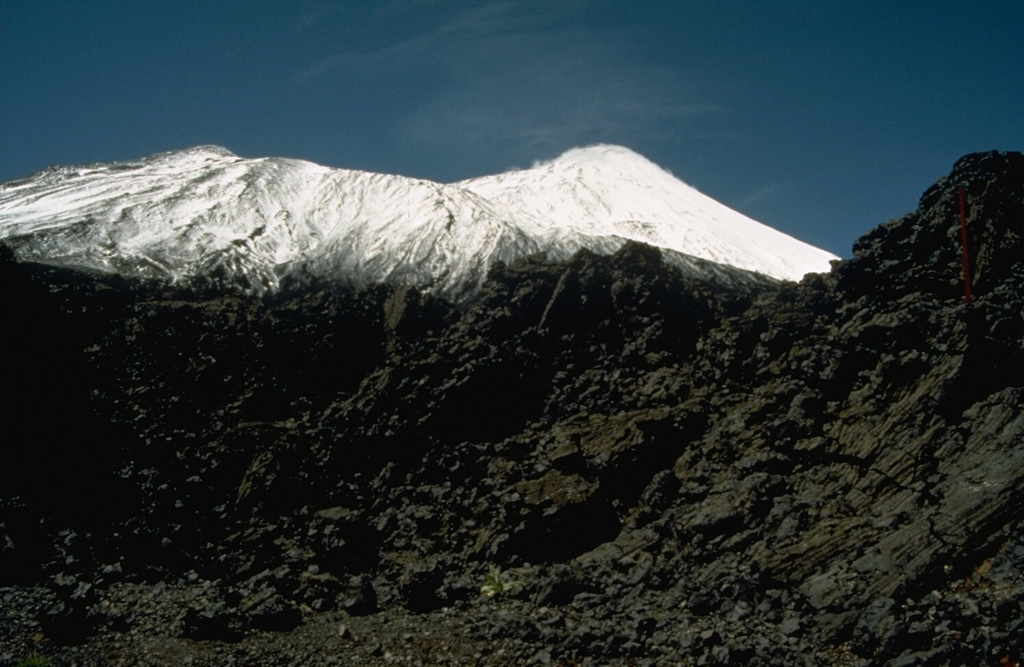 Antuco volcano, seen here from the NW, has a complicated history beginning with construction of an andesitic stratovolcano during the Pleistocene. Edifice failure at the beginning of the Holocene produced a large debris avalanche that traveled down the Río Laja to the west. The collapse left a large horseshoe-shaped caldera whose NW rim forms the ridge descending to the right. The steep-sided modern basaltic cone (upper right) has grown 1000 m since then. Moderate explosive eruptions were recorded in the 18th and 19th centuries.