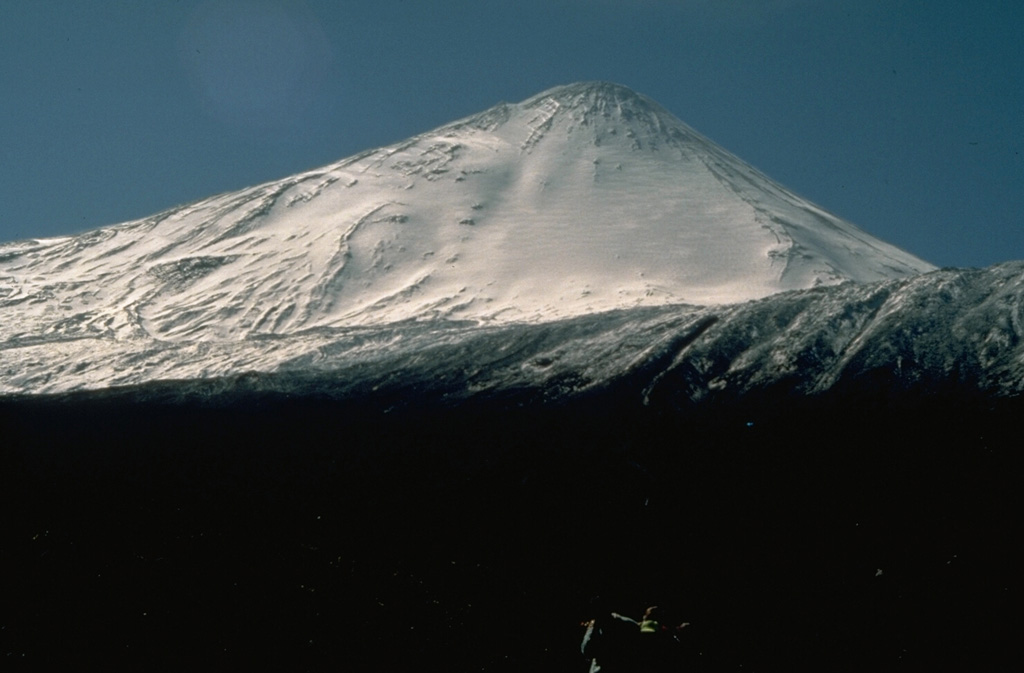 The snow-capped modern summit of 2979-m-high Antuco volcano rises above the rim of a large horseshoe-shaped caldera, whose WNW rim forms the flat ridge just above the snow line. The caldera was formed by collapse of an older Antuco volcano at the beginning of the Holocene. The 1-km-high modern cone subsequently grew at the head of the scarp. Eruptions from both summit and flank vents have occurred during the 19th and 20th centuries.