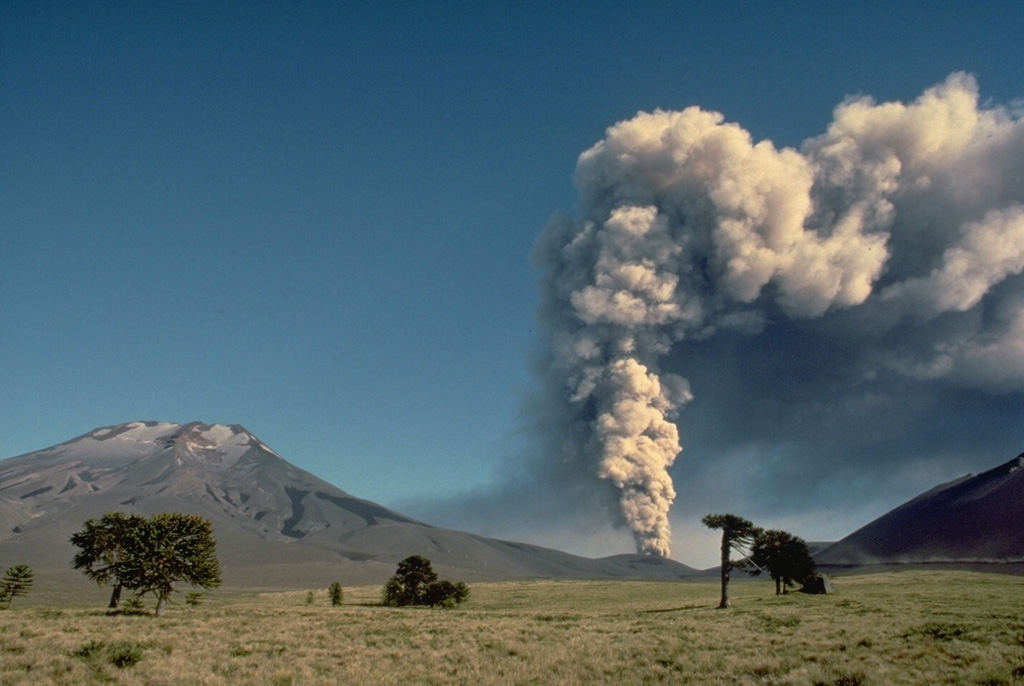 An eruption plume towers above Navidad cinder cone on the NE flank of Lonquimay volcano (left) in January 1989. The eruption began on December 25, 1988 along a NE-trending rift zone about 3.5 km from the summit. On December 27, the eruption plume reached 9-km altitude and lava effusion began, producing a flow that traveled 4.5 km by January 4. Advance of the terminus of the flow slowed after April 1989, but lava effusion and moderate explosive activity continued for more than a year before ending in January 1990.