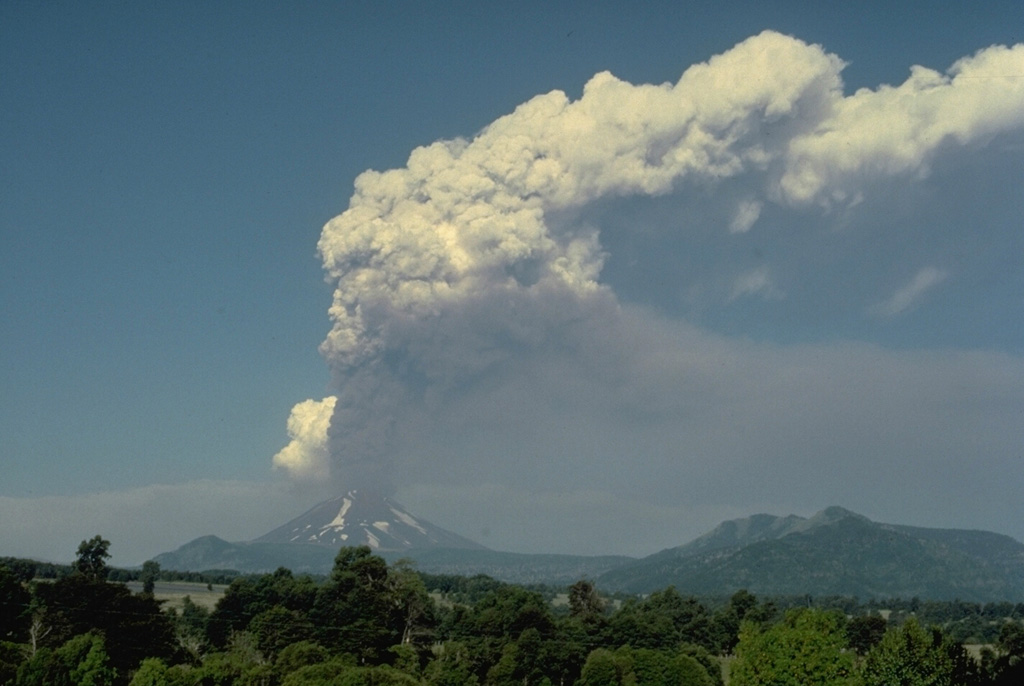 An eruption plume towers above Lonquimay volcano in January 1989. In this view from the SW, the plume appears to originate from the summit crater of Lonquimay, but the eruptive vent actually is located on the NE flank, 3.5 km from the summit. During this eruption, which began on Christmas day, 1988, and lasted until January 1990, a new cinder cone (Navidad) was formed and a lava flow traveled 10 km down the NE flank.