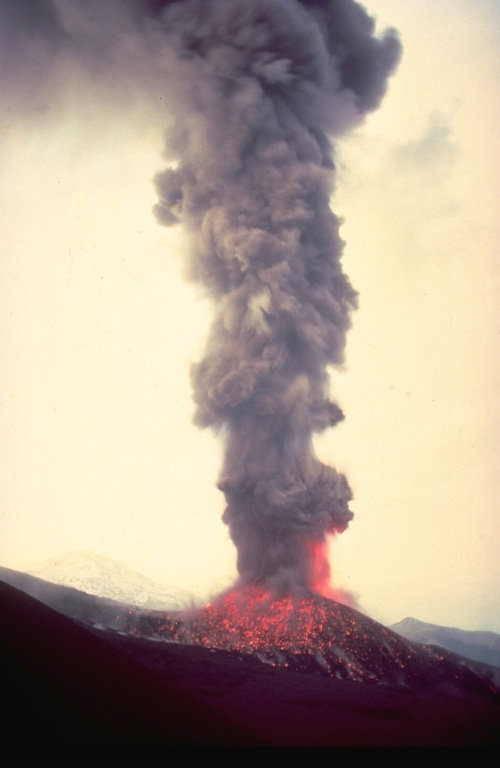 An ash-rich eruption column, incandescent at its base, rises above Navidad cinder cone on the NE flank of Lonquimay volcano in January 1989. Still-glowing volcanic bombs litter the flanks of the cone. Tolguaca volcano appears at the left in this view from the SE. Soon after the start of the eruption on December 25, 1988, lava effusion began, producing a lava flow that by the time the eruption ended in January 1990 had traveled 10 km down the NE flank.