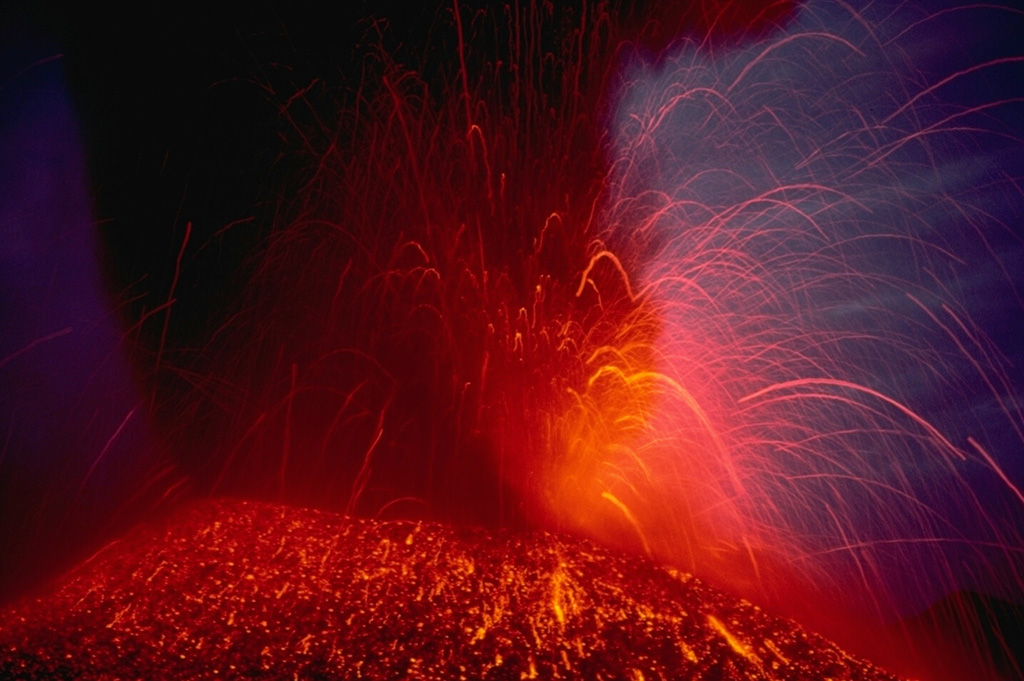 Strombolian eruptions eject incandescent fragments above a cinder cone on the NE flank of Lonquimay volcano in the central Chilean Andes in January 1989. The parabolic arcs of individual volcanic bombs can be seen at the right in this time-exposure photograph. The flanks of the cone are colored by still-cooling ejected blocks. The cinder cone, which began forming on Christmas day 1988, was named Navidad.