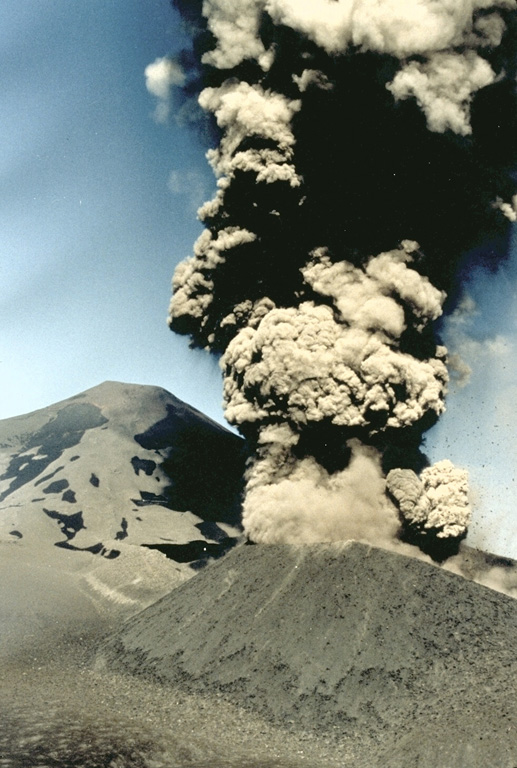 A billowing dark, ash-rich eruption column rises above a cinder cone on the NE flank of Chile's Lonquimay volcano in January 1989. During the course of an eruption that lasted from December 1988 until January 1990, heavy ashfall blanketed the countryside, causing severe disruption to agricultural areas near the volcano. The ash was high in fluorine, unusual for Andean volcanoes. Fluorine poisoning from ash on ingested grass caused the deaths of hundreds of cattle and horses, producing severe economic hardship.