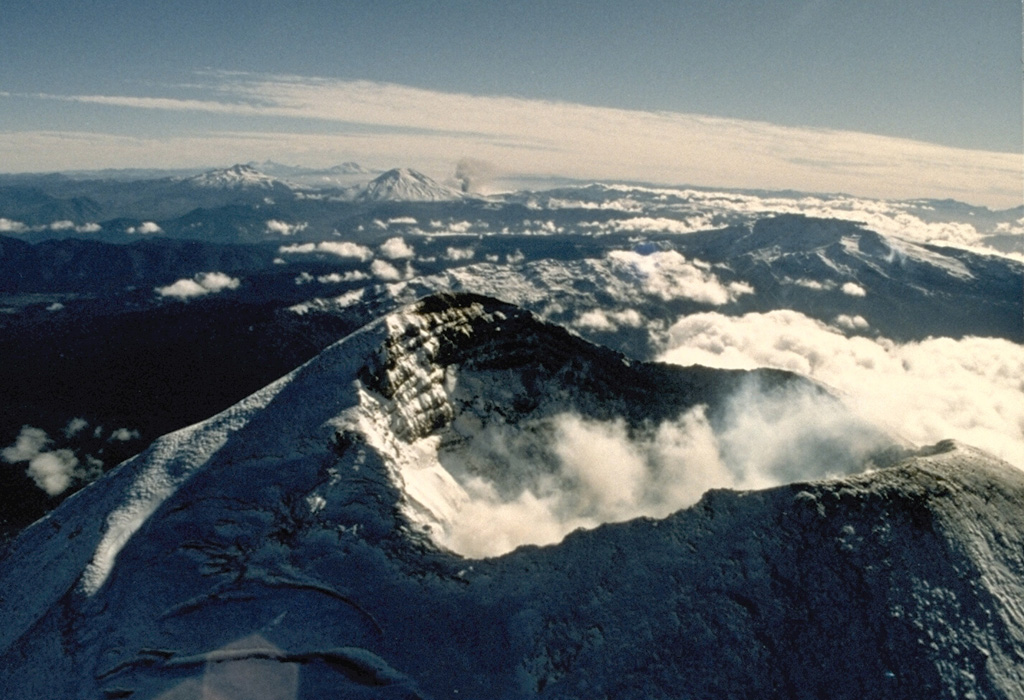 The summit crater of Llaima volcano appears in the foreground of this 1989 view looking north along the chain of Andean volcanoes. An ash plume rises in the middle distance from a flank vent of Lonquimay volcano. To its left is Tolguaca volcano, and Callaqui volcano lies farther to the north to the left of Lonquimay. All these volcanoes except for Tolguaca have erupted in historical time; Llaima is one of Chile's most active volcanoes.