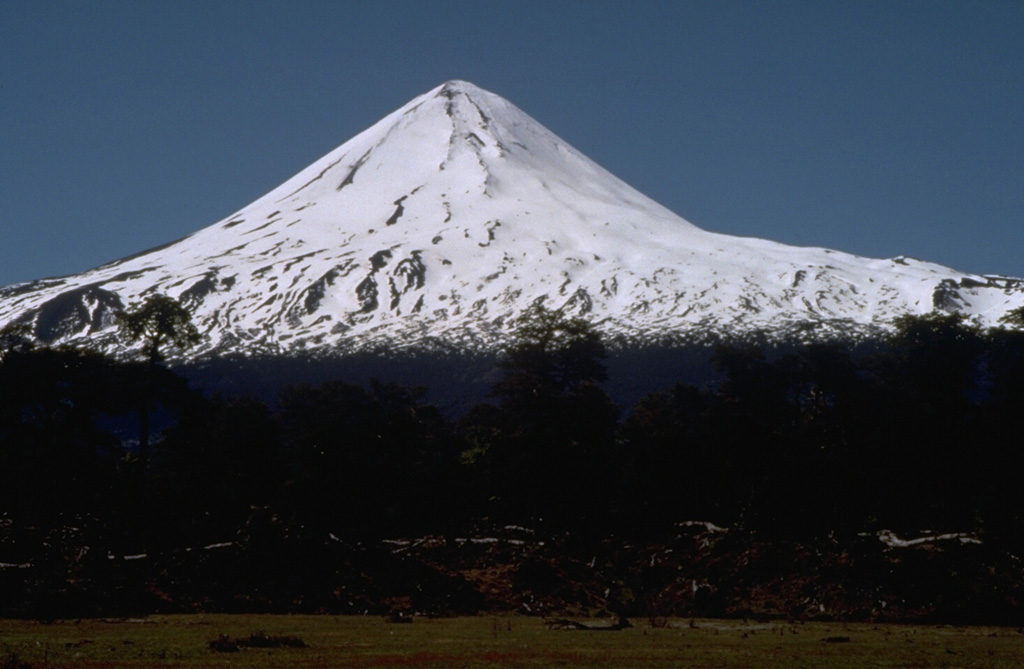 Llaima, one of Chile's largest and most active volcanoes, has a symmetrical profile when seen from the north. The massive, 3125-m-high, glacier-covered stratovolcano is constructed primarily of accumulated lava flows and has a volume of 400 cu km. Volcán Llaima contains two historically active craters, one at the summit and the other to the SE. More than 40 scoria cones dot the volcano's flanks. Frequent moderate explosive eruptions, a few of which were accompanied by lava flows, have been recorded since the 17th century.