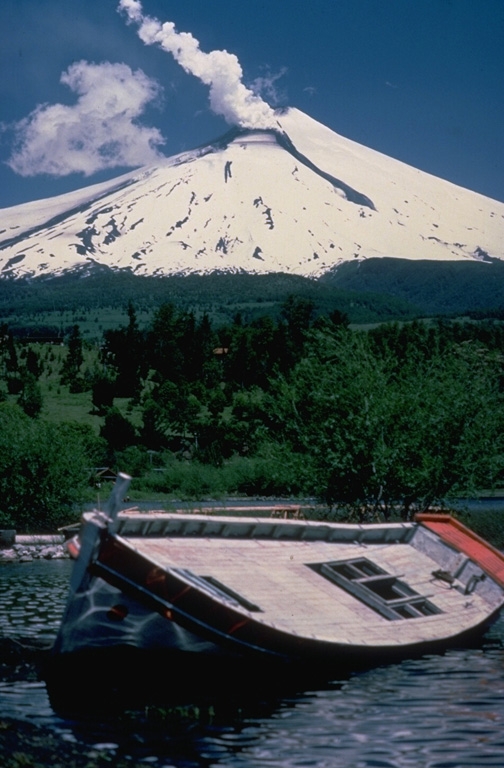 Villarrica, one of Chile's most active volcanoes during historical time, rises above Lake Villarrica. This December 1984 view from the NE shows steam rising from the summit crater and a lava flow descending the glacier-covered flanks of the volcano. This dominantly basaltic volcano has produced plinian eruptions and pyroclastic flows during the Holocene, but historical eruptions have consisted largely of mild-to-moderate explosive activity with occasional lava effusion. Lahars from the glacier-covered volcano have damaged towns on its flanks.